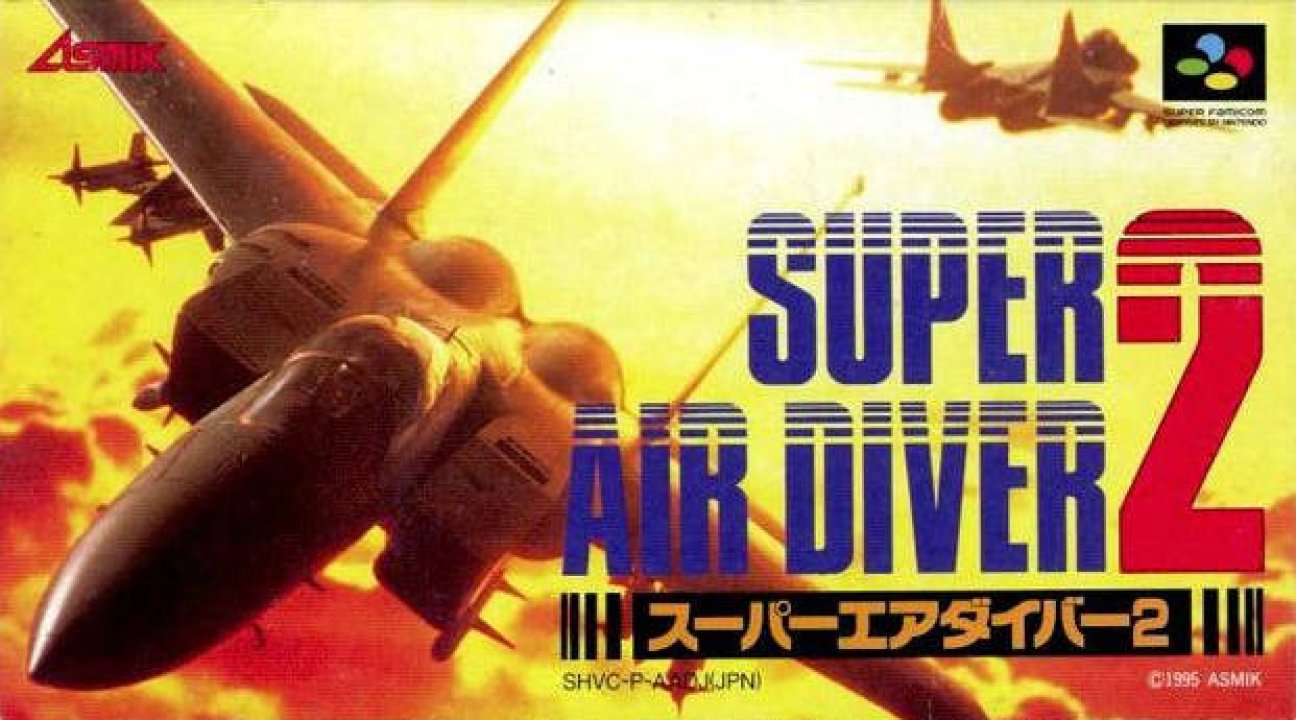 Super Air Diver 2 (スーパーエアダイバー２) is the Japan-exclusive sequel to the Super Famicom video game Super Air Diver. The general idea of the game is that the player is launched into a 3D war zone with the task of flying a fighter jet. The player must defeat enemies with various weapons like missiles and gunfire as quickly as possible while obtaining as little damage as possible. Altitude is judged in feet while speed is judged in the plane's Mach number. The player is given the choice between two Western-made aircraft: a F-15E Strike Eagle or a Mirage 2000. 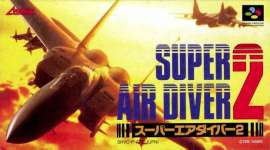