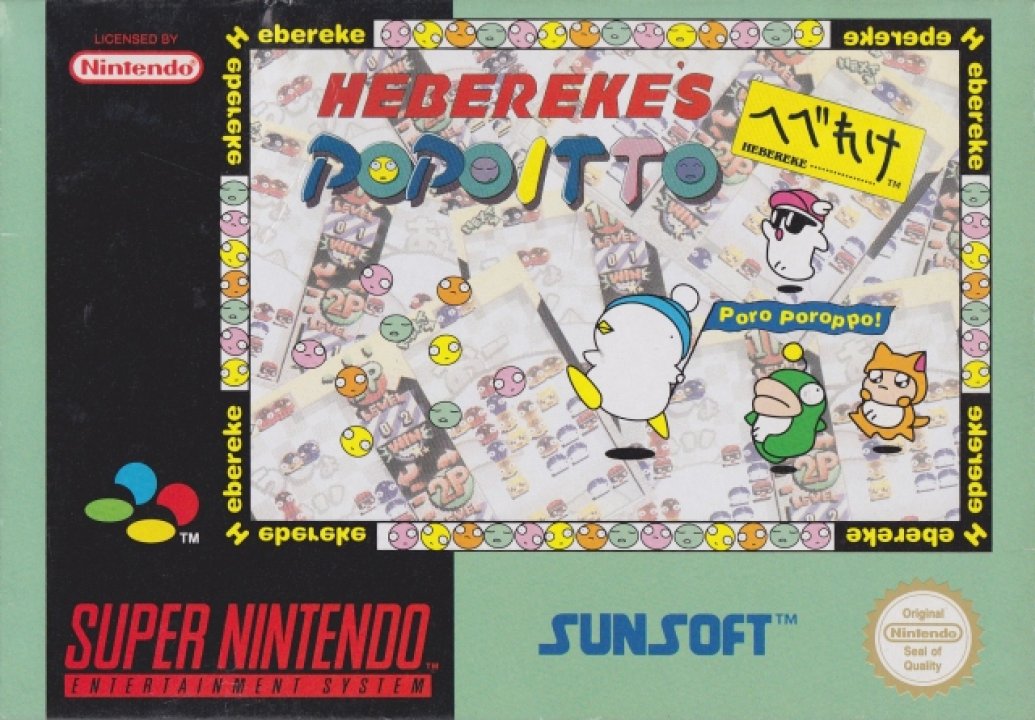 Wowwww! Wheeee! The ultimate puzzle game, starring the eight unique Hebereke characters! Play against the computer or take on a friend for non-stop Hebereke fun! Line up four or more Popoons and Poroporo characters of the same color to make them disappear. Use the special color combo attacks to make Popoons and Poroporos pour into your opponent's area! Be the first to get rid of all your Poroporos to win! Similar to other falling block tile-matching video games, the core gameplay element consists of player-controlled blocks falling from the top of the playing field. In Hebereke's Popoitto, pairs of blocks, where each block in the pair can be any available color, appear from the top of the playing field and continue to fall until they fall on top of the ground or another block. The pair of blocks are, as long as they're still falling, controlled by the player and can be rotated.When a pair of blocks is suspended, a new pair of player-controlled blocks will fall from playing field ceiling. By lining up four or more blocks with the same color in certain formations the whole formation disappears. The available formations can be straight horizontal or vertical lines or simply just any adjoining formation, depending on the set difficulty level. What sets Hebereke's Popoitto apart from other similar games is that moving creatures, named Poro-porous, will float suspended in mid-air on the playing field. Sporadically, Poro-porous will move one space right, left, up or down. Touching a Poro-poro with a pair of blocks will as always suspend the blocks, and consequently the erratic behaviour of Poro-porous makes it more difficult for the player to plan ahead. Each Poro-poro has its own color and can be, just as with any other block, destroyed by making a formation with the same color. A game is won when every Poro-poro on the playing field is eliminated. A game can also be lost when the blocks fill up to the top of the playing field. The difficulty level controls, as stated earlier, the possible formations to build. An easier difficulty level will accept any adjoining formation of same-colored blocks, while a harder difficulty level will only accept straight horizontal or vertical lines. A higher difficulty level will also control the number of different available colors for blocks and the number of Poro-porous that are on the playing field at start. 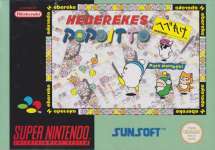