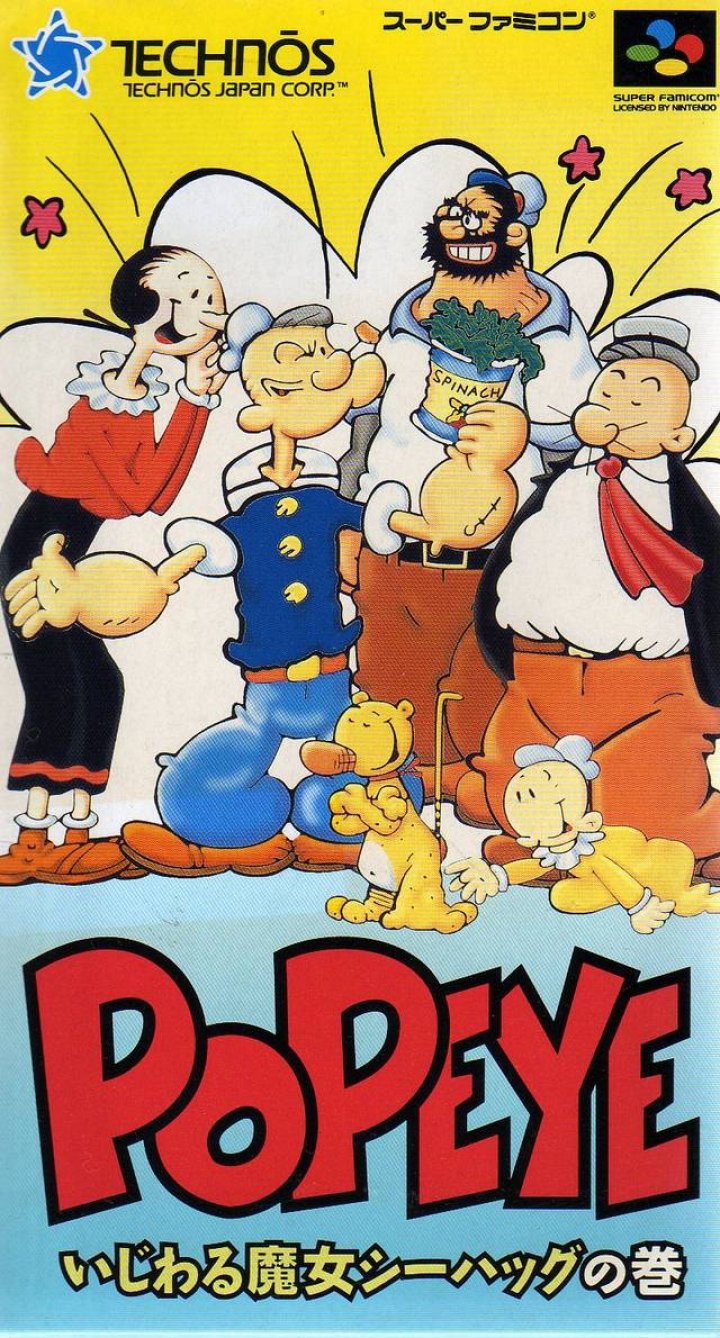 Popeye: Ijiwaru Majo Seahag no Maki is a video game for the Super Famicom game console based on the popular Popeye franchise, specifically in the comic strips originally created by E.C. Segar. It was released by Technos Japan on August 12, 1994 exclusively in Japan. After countless defeats at the hands of Popeye, the evil Seahag has devised a fool proof plan for revenge. She turns all of Popeye's friends into stone by removing their hearts and scattering the pieces across the corresponding islands. Now Popeye must search for the hearts within each of five islands in order to revive them. It won't be easy, as General Bunzo and his troops has issued a "100,000,000G" bounty for the hearts. This prompts the likes of Bolo, Ox to try and collect the hearts for the reward. Upon reading this, Brutus decides to quest for the hearts as well in a plan to impress Olive. Thus making this a race against time for Popeye to save his friends and put a stop to Seahag's plan. 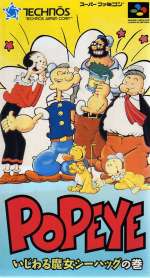 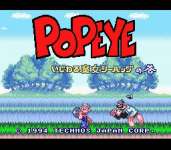 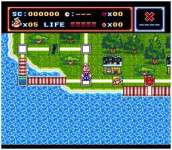 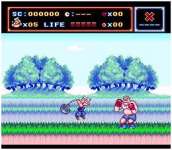