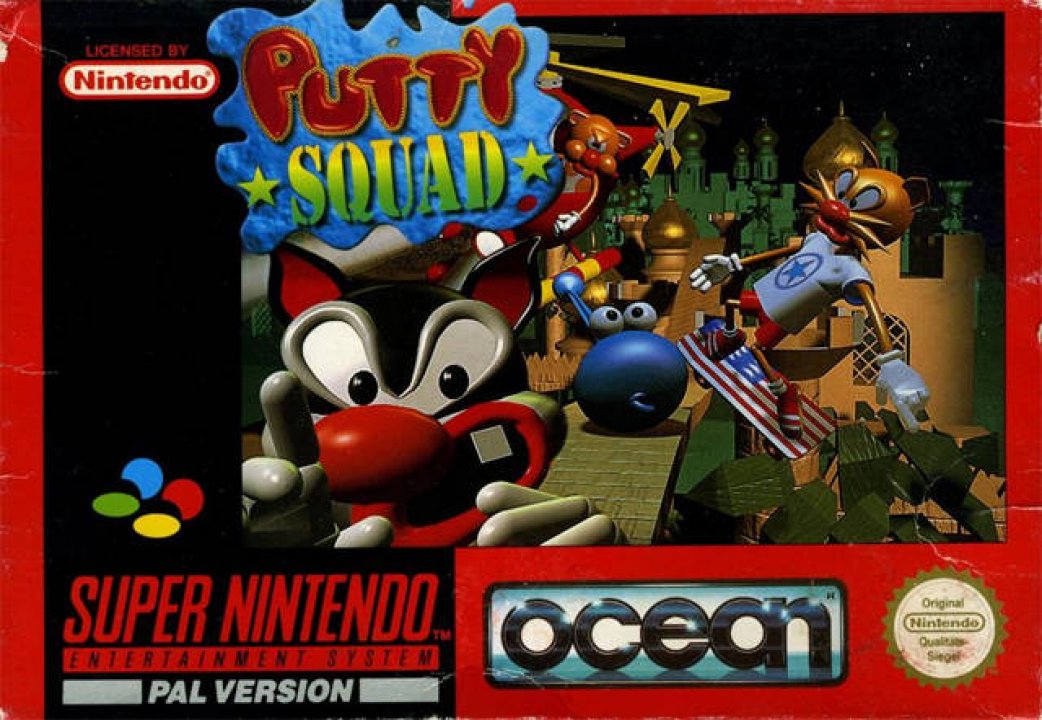 Putty Squad is a platform game in which the player controls an amorphous blue blob, tasked with rescuing imprisoned putties. The player's putty can stretch in a variety of ways: sidewards to cover ground faster, squash flat to absorb pick-up items, stretch upwards to climb, morph a fist to attack, or inflate to float upwards. Putty can collect stars that increase his attack power: at first increasing the potency of his punch, but later allowing him to blow darts, electrocute enemies or throw bombs. This star power is reduced every time Putty is hit by an enemy. 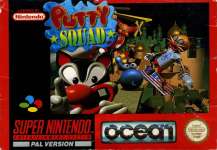 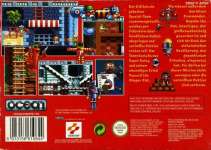