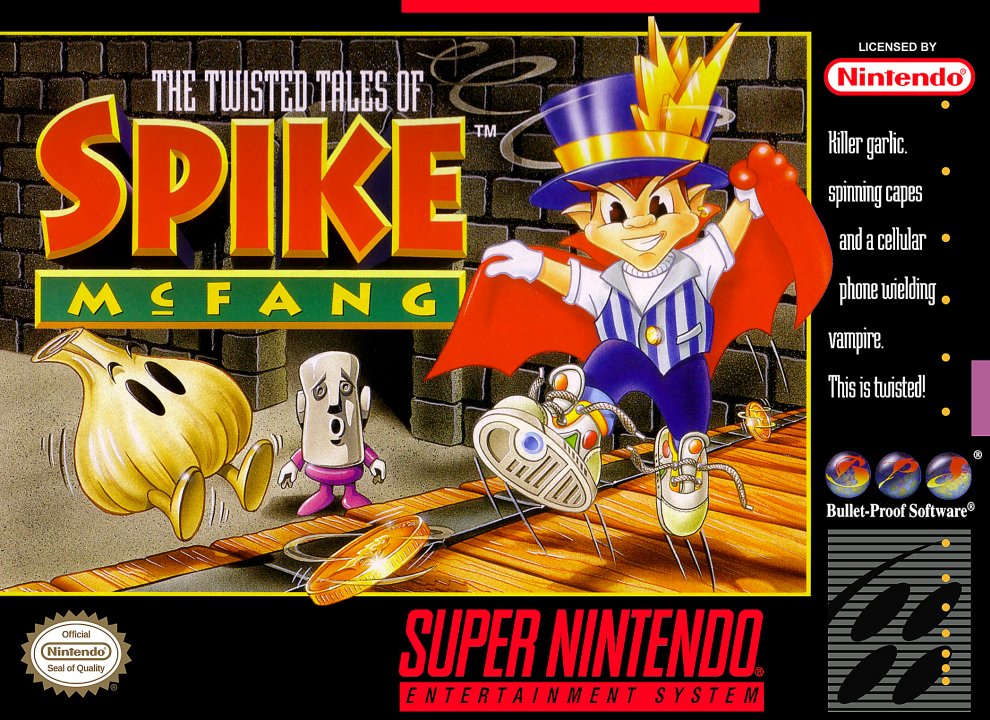 The Twisted Tales of Spike McFang

The Twisted Tales of Spike McFang is an action-rpg starring the titular hero, a young vampire prince who must rescue his parents and save the inhabitants of the Vladamasco Islands from the evil Von Hesler. But is it really his handiwork, or is there someone else controlling him? Unravel the mystery while traveling to various locales, fighting Von Hesler's henchmen and picking up (CPU-controlled) companions along the way. Spike McFang has three main methods of attack: by striking out with his cape, throwing his hat like a boomerang, or using a magic card. Cards can also heal his health or give his companions extra strength. Spike can also devour the still-beating hearts of his vanquished foes (or the dropped tomatoes of his vanquished foes if you're playing the sanitized North American version) to regain health. There are a total of four different hats that Spike can purchase as upgrades in his battle against animated garlic bulbs, bomb-throwing cats, head-spinning plants and a plethora of other dangerous enemies. 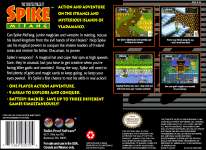