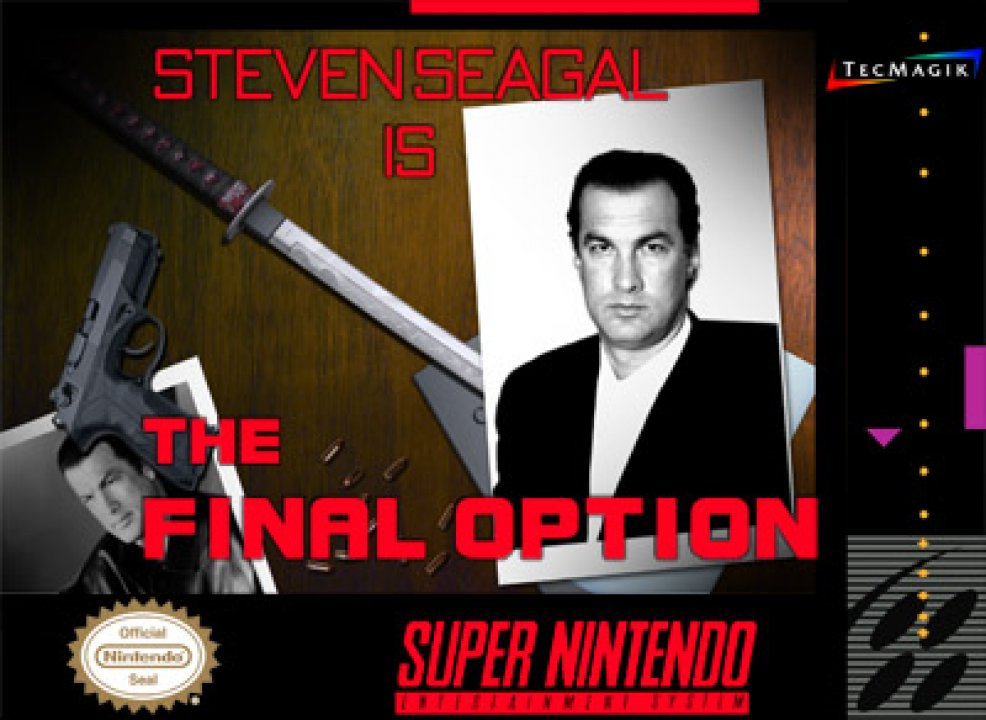 Steven Seagal is The Final Option

Steven Seagal Is: The Final Option is an unreleased fighting game for the SNES and GEN. It was being developed by RSP, Inc. Steven Seagal is a legendary runner, but commanders dislike his loose style and contempt for rules. His partner Jack Fremen, was killed on their last mission. There is no evidence to support it, but many wonder if he might still be alive had Seagal followed orders. Trish Morgan, another veteran runner, has been assigned his new partner. She's tough as any but has the attitude that commanders look for. Now, the rebels will attempt the ultimate mission: an assault on Nanotech's main campus. High command nervous about Seagal. They know he's out to avenge Freman's death. But he's the best chance they have. He's the only choice... 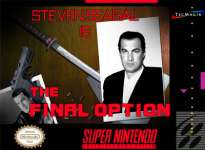