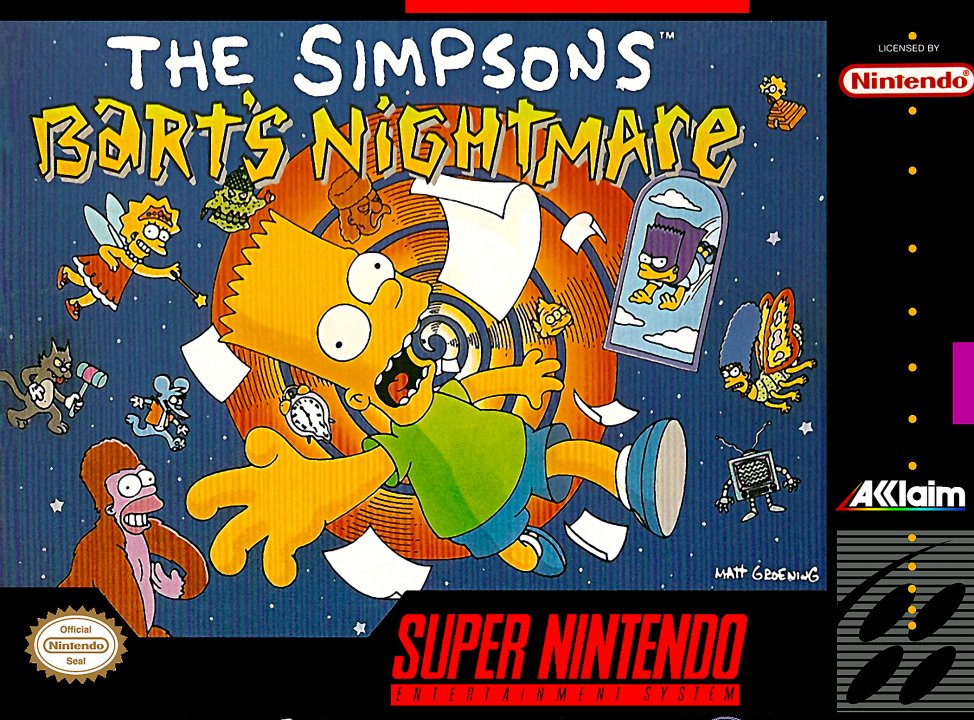 Bart has to stay up late and write a paper for class tomorrow. For once, he is determined to get a good mark. However, very quickly, he falls asleep. Nightmare after nightmare haunt his subconscious, and it is up to you to get over each one, so that Bart will eventually wake up. From such dreams as being in an episode of Itchy & Scratchy to swimming through his own bloodstream, this platformer offers a nice challenge through its many diverse levels. 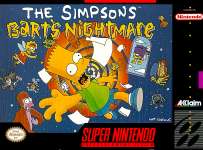 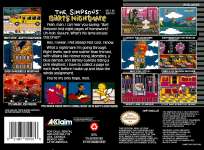