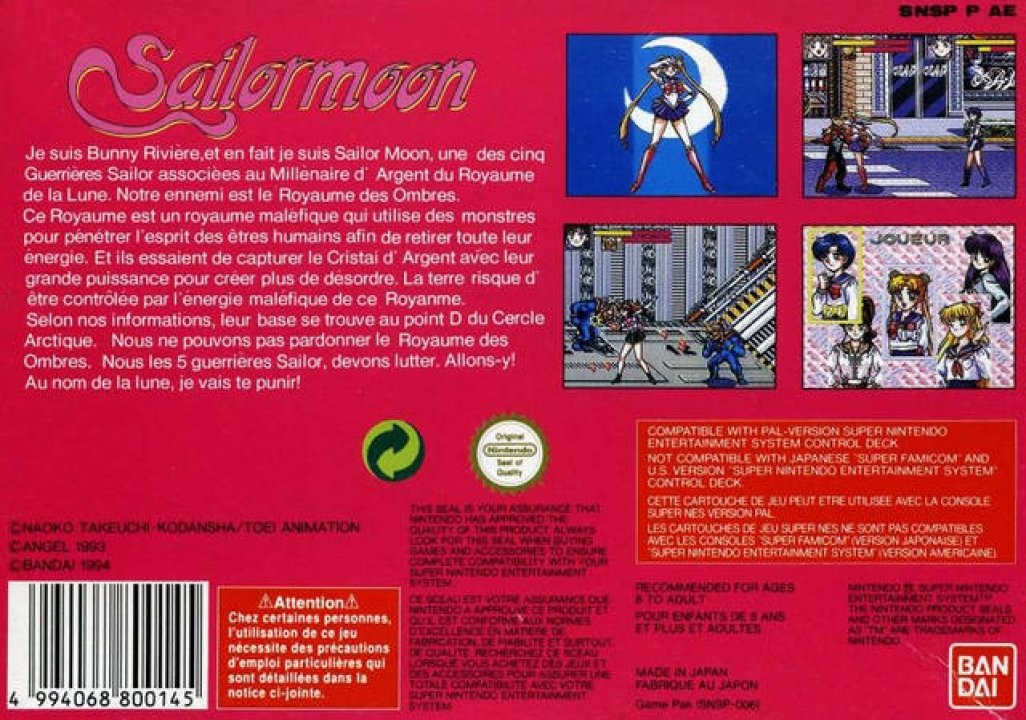 Sailor Moon (or Bishoujo Senshi Sailor Moon) is a beat 'em up video game developed by Angel in 1993, and ported to the Super Nintendo Entertainment System in Japan in 1993. It was localized in Europe exclusively in French in 1994. A version for the Sega Mega Drive (known as the Genesis in North America) was developed and published by Ma-Ba, although certain elements were recycled from the Super NES version. I am Usagi Tsukino and in fact I am Sailor Moon. One of the five Sailor Soldiers, associated with the Silver Millennium of the Moon Kingdom. Our enemy is the Dark Kingdom. This kingdom is an evil kingdom that uses monsters to penetrate the spirit of human beings, in order to withdraw their energy. They try to capture the silver crystal with their great power to create chaos. The Earth risks being controlled by this evil energy. According to our information, their base is located on Point D of the Artic Circle. We cannot forgive the Dark Kingdom. We, the 5 Sailor Soldiers have to fight! Let's go! In the name of the Moon, I will punish you. 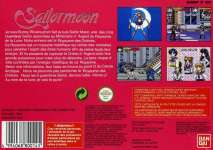 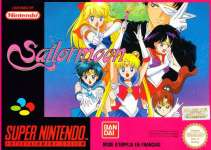