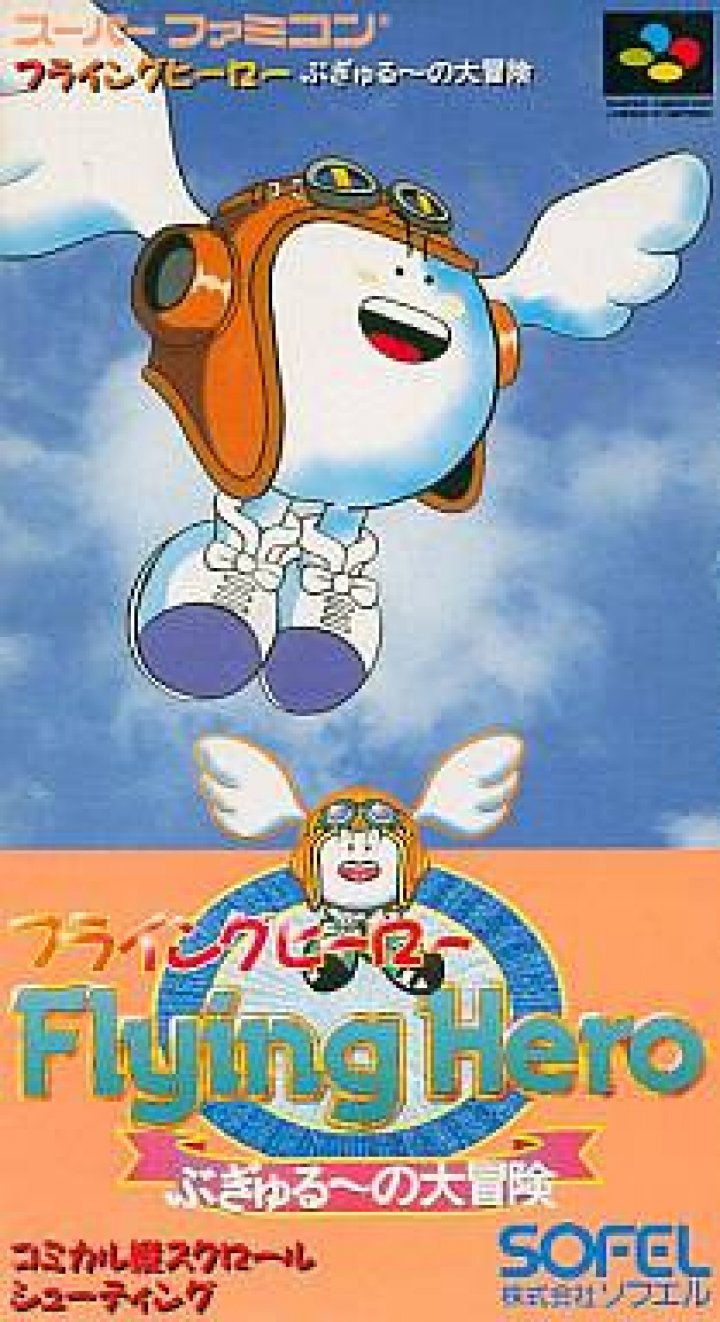 Flying Hero: Bugyuru no Daibouken ("Bugyuru's Great Adventure") is a vertically scrolling shoot 'em up with a bright, cartoony style, similar to games like Sega's Fantasy Zone or Konami's TwinBee series. The game features Bugyuru, a flying ball, whose girlfriend Pao gets kidnapped by a mysterious vampire named Biblio. Bugyuru takes off in close pursuit, flying across various worlds and taking down bizarre enemies like flying monkeys and giant rhino beetles. The game was released exclusively in Japan for the Super Famicom and never officially localized, however a fan translation patch exists. 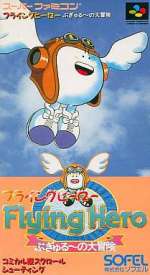