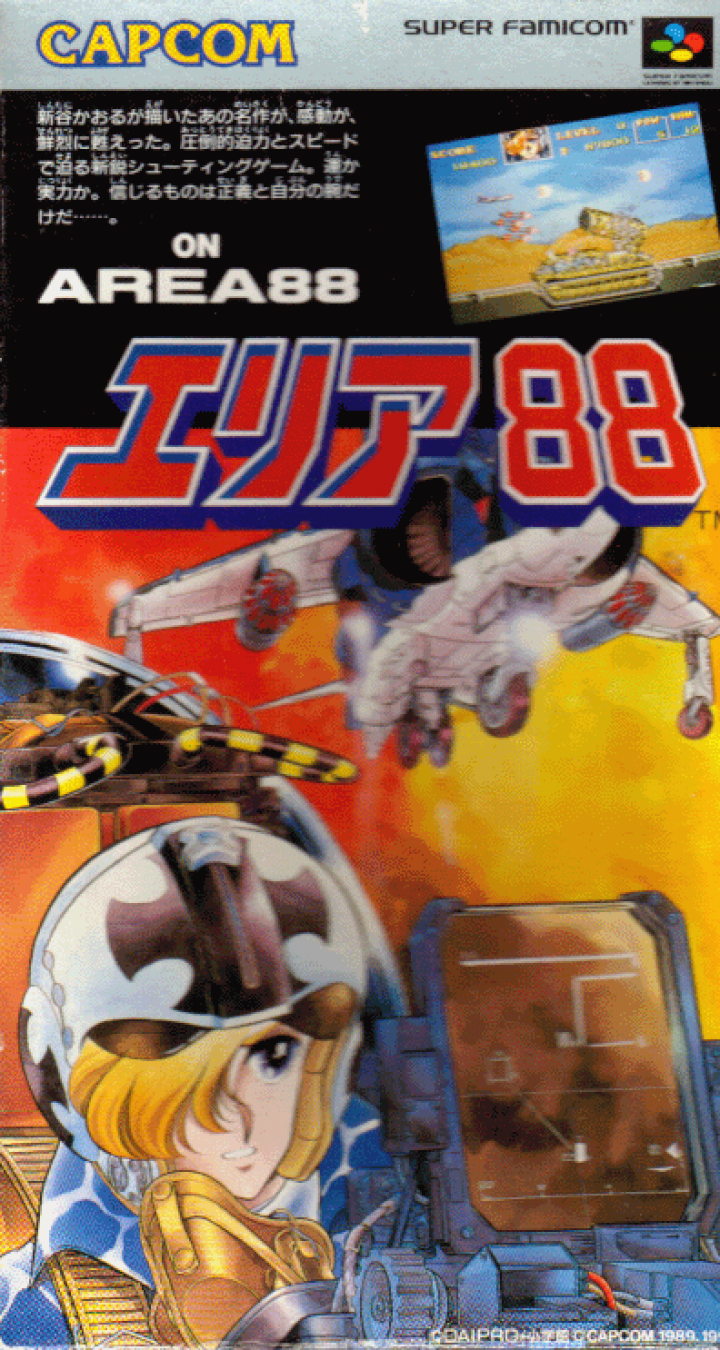 U.N. Squadron is a 1989 side-scrolling shooting game released by Capcom for the CPS arcade hardware and for the Super Nintendo Entertainment System. The game was released in Japan as Area 88 (Japanese: エリア88 Hepburn: Eria Hachi-Jū-Hachi), and is based on the manga series of the same name, featuring the same main characters. Here, their mission is to stop a terrorist group known as Project 4. It was followed by a spiritual successor Carrier Air Wing. 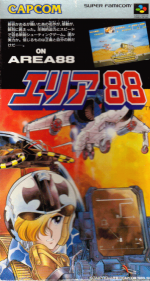