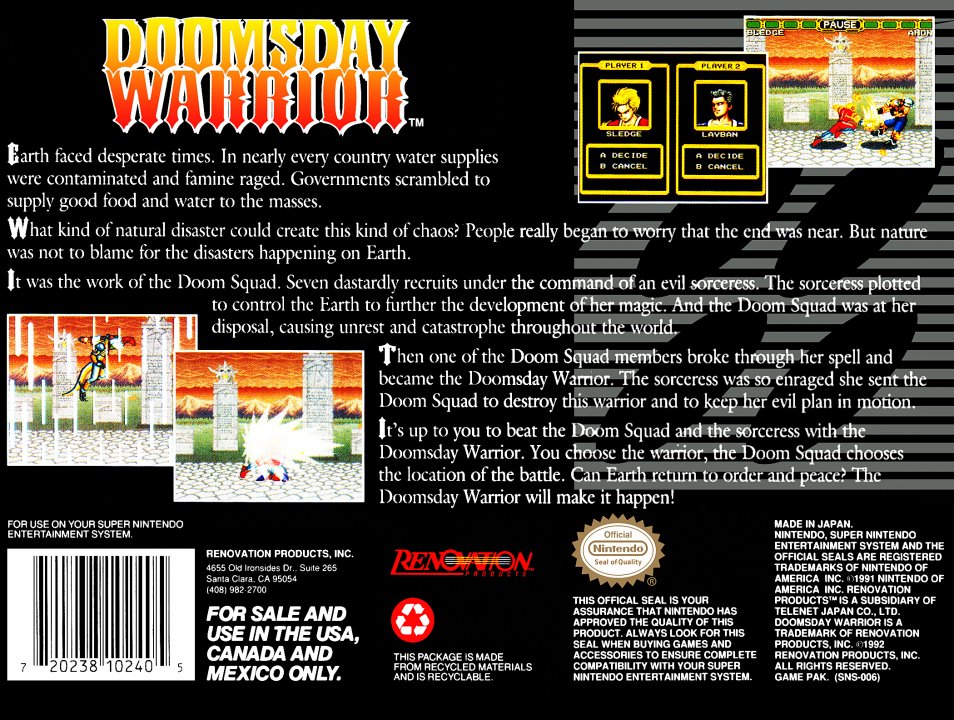 The Doom Squad is a group of fighters under the control of an evil wizard. They threaten earth and bring destruction. One of the Doom Squad members betrays his group and becomes the Doomsday Warrior. This warrior must then defeat the other members of the Squad and finally the wizard controlling it all. Doomsday Warrior is a fighting game. Choosing one of the Doom Squad members to become to the Doomsday warriors, you must defeat your opponents. Each character has the ability to punch, kick, jump and unleash a special move (usually by being close to the enemy and using either jump, kick or punch). The better the skill in fighting, the more ability points are earned. These ability points can be used to improve various areas of the fighter after battle. 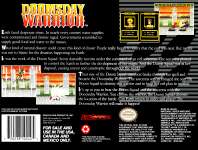 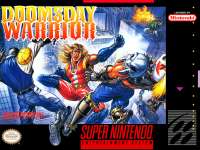