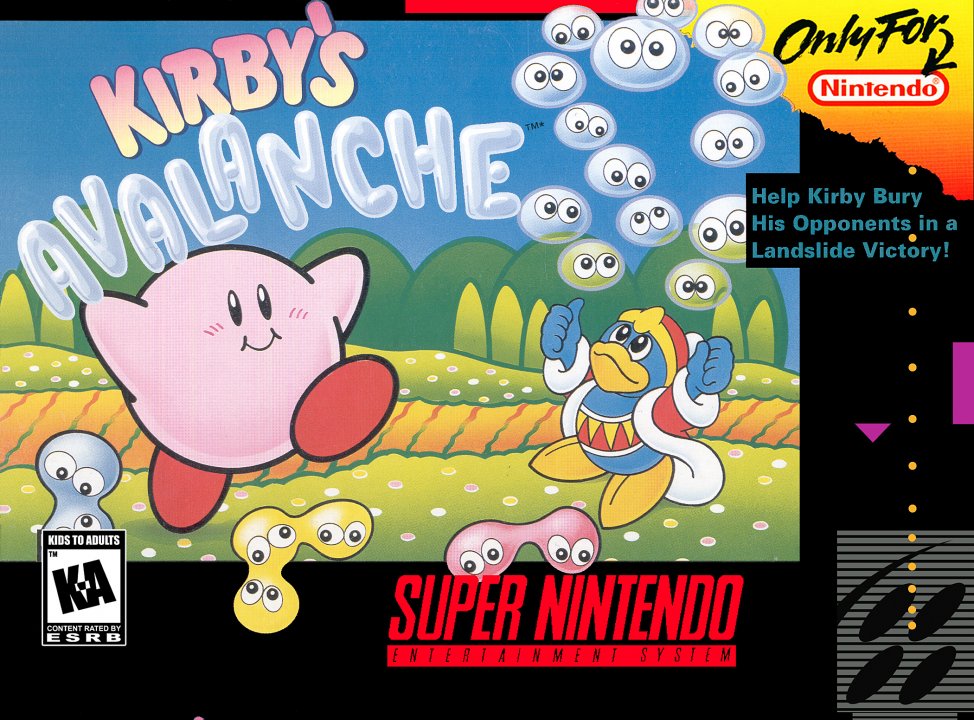 King Dedede has challenged Kirby and other members of Dream Land to an Avalanche Competition in the Dream Fountain. Kirby, taking on the challenge, has decided to battle his way through the forest and into the Dream Fountain to win the Avalanche Cup from King Dedede. It is the Western release of Japanese Super Puyo Puyo. There was not a Japanese release, and the game remains the only Kirby title not released there. In the game, groups of two colored blobs fall from the top of the screen. The player must rotate and move the groups before they touch the bottom of the screen or the pile, so that matching-colored blobs touch from above, below, the left or the right. Once four or more same-colored blobs touch, they will disappear, and any blobs above them will fall down to fill in space. If a player manages to set off a chain reaction with these blobs, rocks will fall on the other player's screen, filling it up and giving them less room to drop additional blobs. The number of rocks that falls depends on both the number of blobs popped and the number of consecutive chain reactions. These rocks will only disappear if a player manages to pop a group of blobs that are in direct contact with the rocks. A player will lose if either of the middle columns in the top row is filled with a blob or rock. 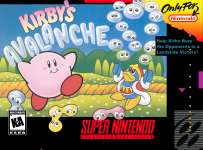 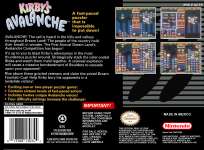 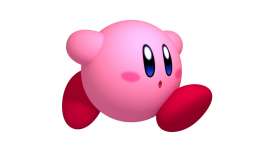