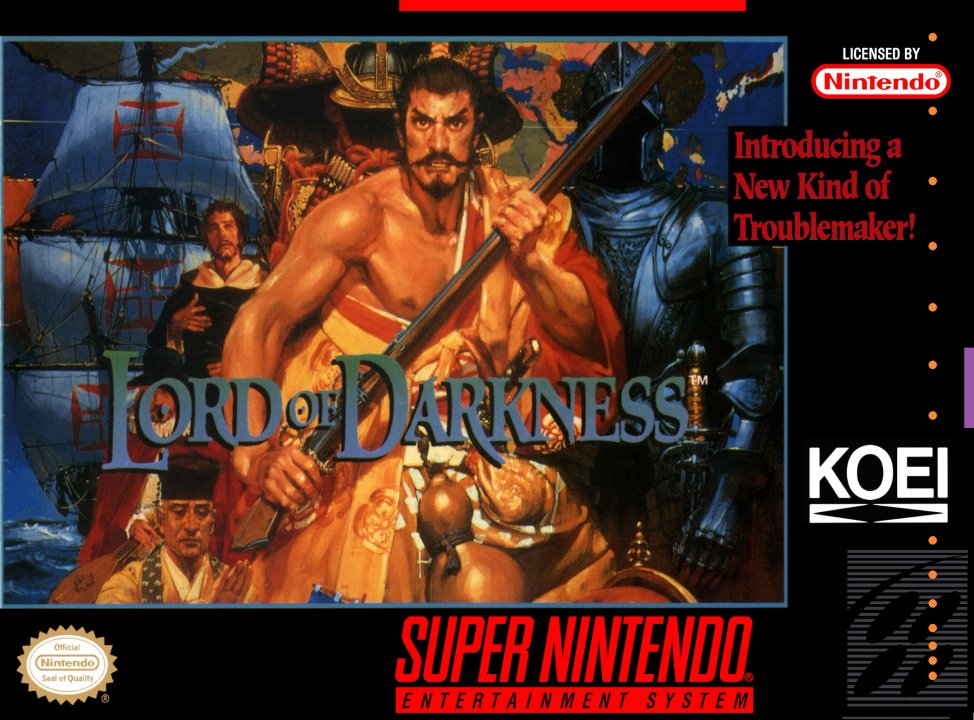 Nobunaga's Ambition: Lord of Darkness is the fourth game in the Nobunaga series (but only the third one to have been localized in English). The story of Nobunaga takes place during the Japanese civil war of the 16th century. In a wartime strategy game, 15 different warlords are represented across several territories. One to eight human players can play, controlling different leaders and factions. Gameplay is done in one of two scenarios; the beginning of the civil war in 1555 or Nobunaga surrounded by his enemies in 1571. Management of population, supplies and military are the gameplay and successful manipulation of these numbers in the right combination to attack and defend against hostile intentions is what will bring your forces to victory. 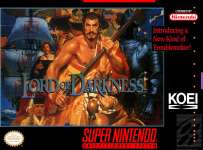 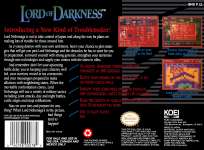