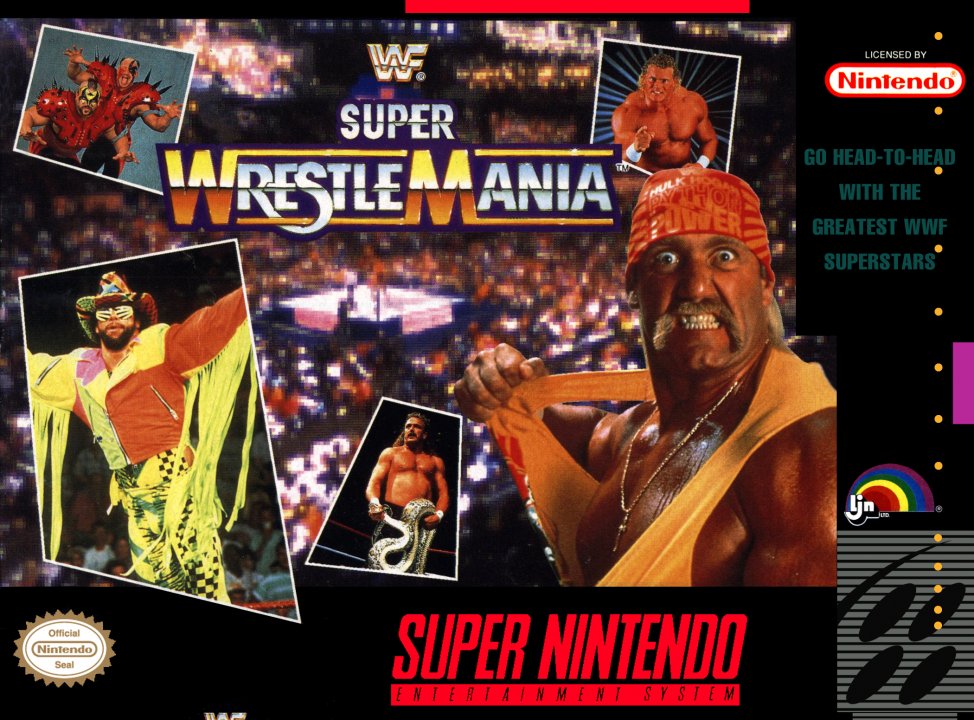 Charge down to ringside in WWF Super WrestleMania!!! Never before have the WWF superstars like Hulk Hogan, Sid Justice, The Undertaker and Jake "Snake" Roberts looked so real! They're bigger, mightier and tougher than ever before! You're in command of powerslams that rock the arena, clotheslines that clobber, and atomic suplexes that flatten your foe into submission! 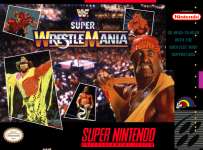 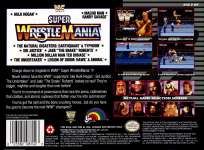 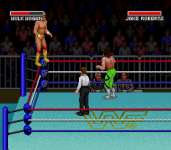