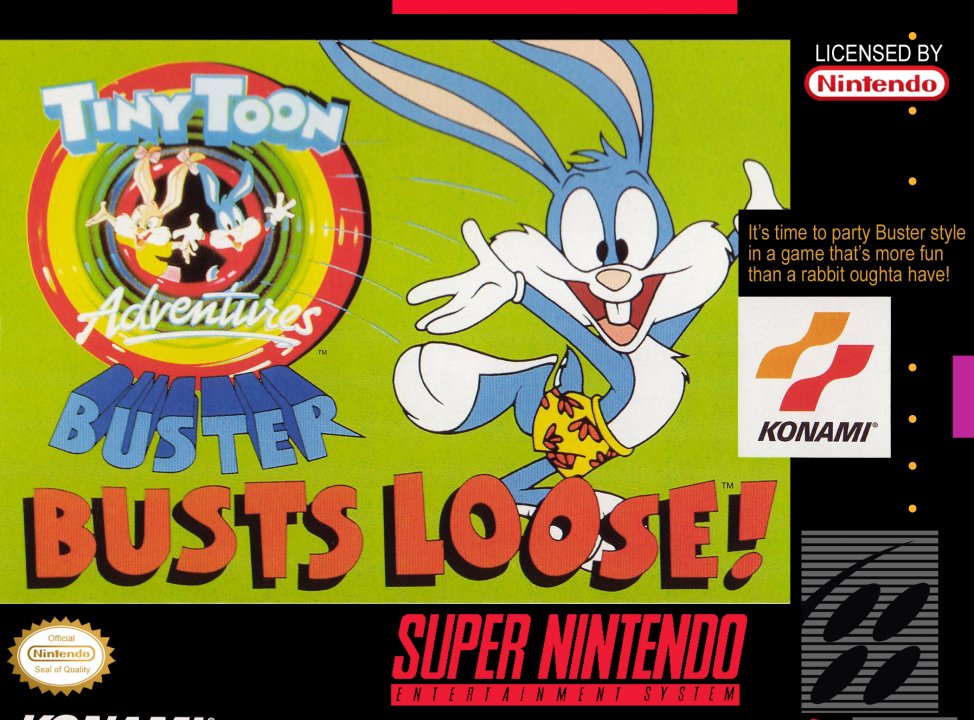 It's just like a real cartoon, except you're the main character! But be warned. Accept the role of Buster Bunny, and your tail will be on the line against Calamity Coyote, Elmyra, Dizzy Devil, Dr. Gene Splicer, Montana Max and gazillions of other 16 bit bullies craving a pot of Hasenpfeffer stew. Gulp! Only you can stop those pesky pranksters from getting the jump on your pal Buster Bunny. But it won't be cake, Jake! You'll have to use Buster's all new Spin Kick and Mad Dash to bust through ACME Looniversity's toughest classes. If you pass that test, you'll hop aboard a Wild West Train Ride. Then explore a spooky Monster Mansion. Play in a far-out Foot Game. Bounce through an aerial Sky Jinx in search of stratospheric treasures. And blast-off on a Babs Bunny (no relation!) rescure mission that's totally spaced-out. Ready to fork over the bucks, Buster? Well hang on your ears - there's more! Between each level are five subgames, including Furrball's Championship Squash, Hungry Boy Hamton and Plucky Duck's Go-Go Bingo. SO ACTUALLY IT'S LIKE ELEVEN GAMES IN ONE! And we haven't even mentioned the Pinball Wizardry, Acme Anvils and Icky Tricky Sticky Traps that'll make you feel like you're in an actual cartoon. Wow! To make it through all that Buster better have a lucky bunny's foot. Or else you'll be the one getting stewed! 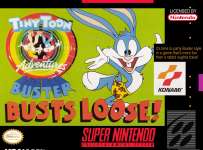 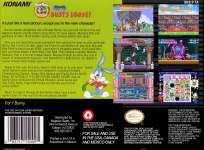 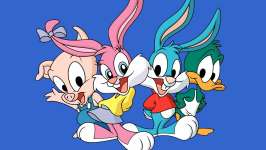