An autumn night "3 years ago" a 15-year-old boy (the protagonist of the game) are on the run from two police officers. A man, respected by the police, decides to care of the situation by himself. The man takes the boy to a coffeehouse; the boy ran away from his orphanage to find his parents' whereabouts. The man, a private detective named Shunsuke Utsugi, convinces him to become his assistant. The objective is to solve two cases; the murder of a schoolgirl investigating her school's ghost story, and an older murder nearing legal expiration. Like the previous game in the series, the game progresses as the player chooses from a set of commands displayed on a menu. These commands are used to interact with other characters and the game's environment, examine clues, or review facts. The results of choosing each command are displayed in the text. 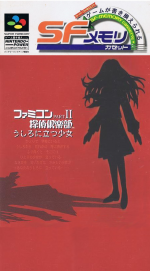 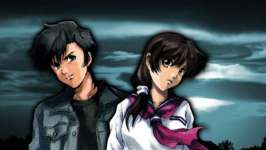 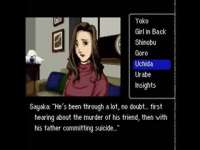 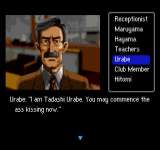