Battle Tycoon: Flash Hiders SFX (バトルタイクーン) is a 1995 fighting video game developed and published by Right Stuff for the Super Famicom on May 19, 1995. It is a sequel to the original Flash Hiders. Like its predecessor, Battle Tycoon: Flash Hiders SFX simulates the life of a fantasy martial arts prize fighter with an anime theme to it. In a war torn world of magic and science, a young man by the name of Bang Vipot unwittingly thwarted the designs of an evil organization sponsoring a fighting tournament. One year later, that tournament, Battle Tycoon is happening once more, and Bang has returned to fight again. 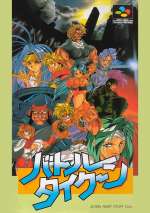 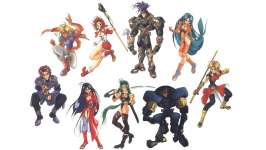