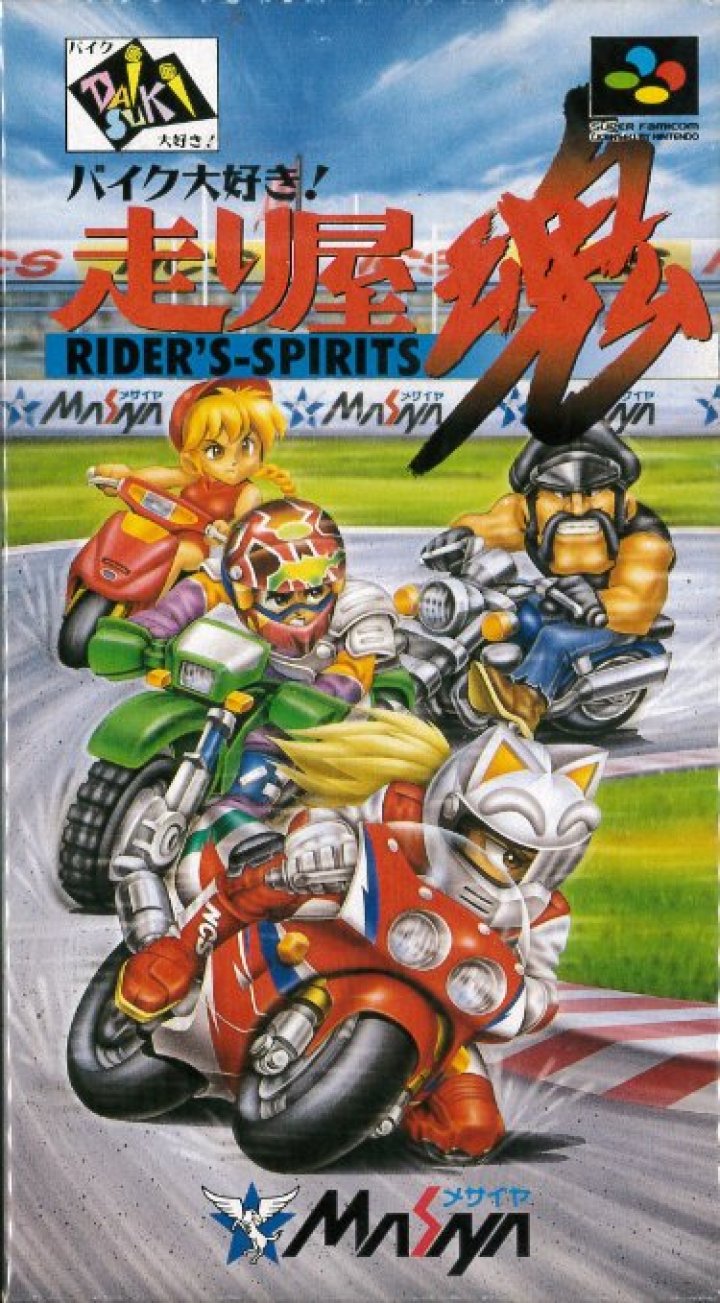 Bike Daisuki! Hashiriya Kon - Rider's Spirits (バイク大好き！走り屋魂, lit. "I Love Bikes! Race Ya Soul") is a 1994 Japanese video game for the Super Famicom. It is a racing game that allows players to race on motorcycles. The challenge of bike racing heats up and players choose their favorite machine. In five courses, aim to win the Grand Prix or go for a Chicken Run or time trial. There are four modes, including endurance race. Two players can go head to head in a split screen race. 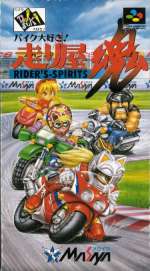 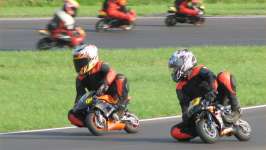