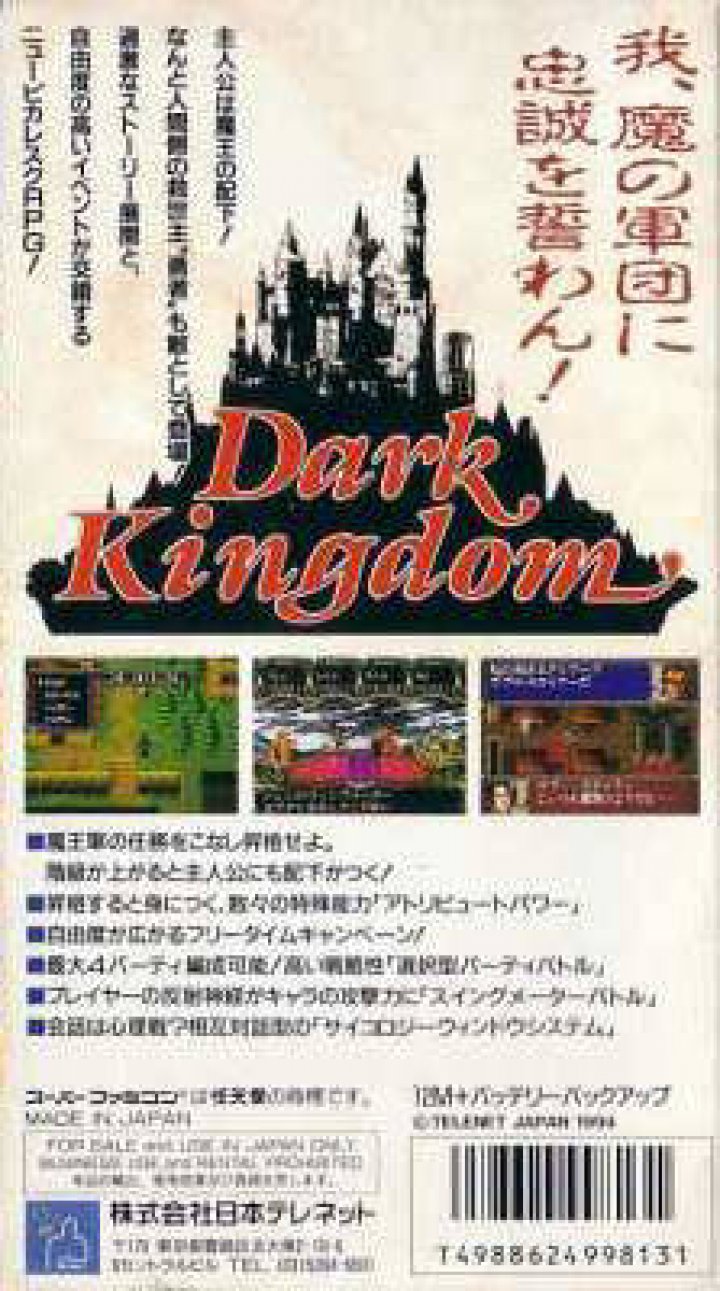 A Japanese SNES game. The object is to play an evil mercenary named Gene Dorman. Instead of trying to save the world from an evil demon king, he joins forces with him in order to complete missions. Accomplishing each mission allows access to stronger allies, better abilities in addition to promotions in military rank. Sometime in the game, Gene meets up with the so-called "hero" Lux; sharing an undiscovered connection in the process. There is an external clock than can differentiate between day and night. Statues of the Demon King can be found in villages where the people pledge their allegiance to their leader. Players must also engage in random combat; ranging from wildlife to hostile castle guards. 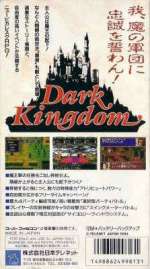 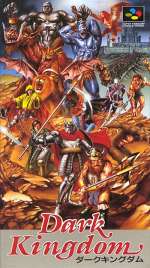