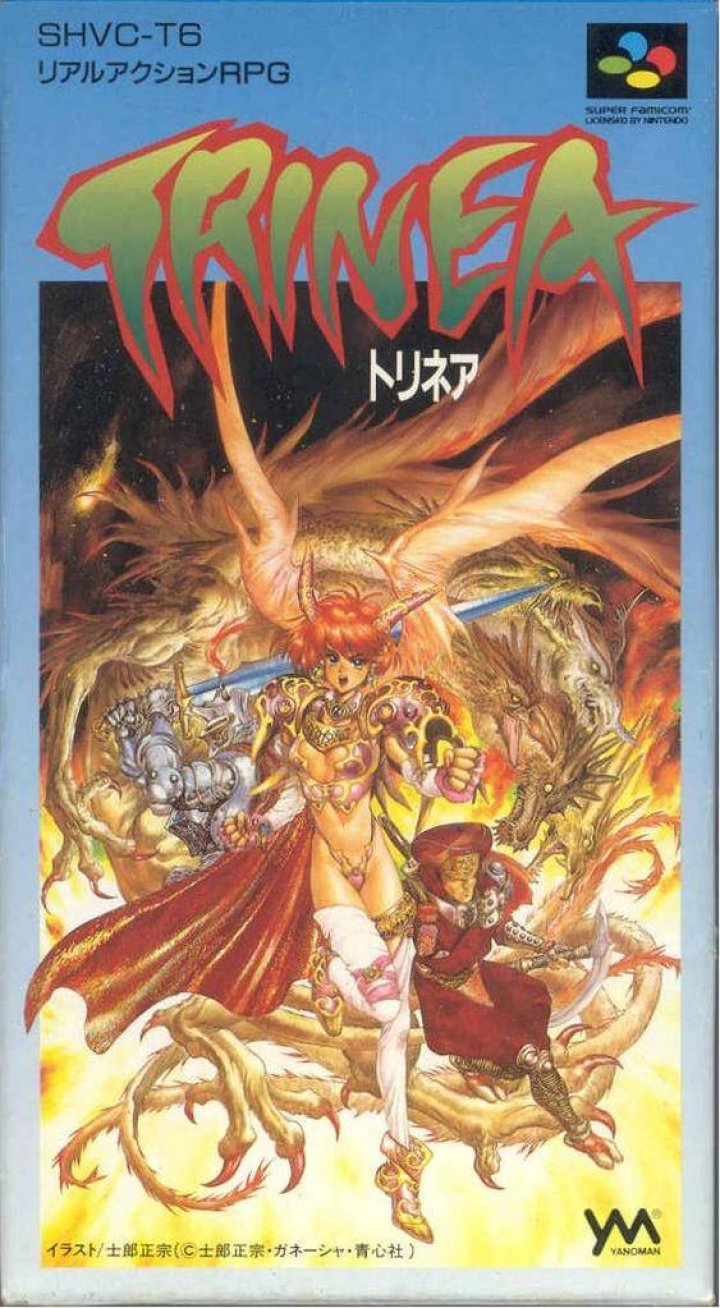 Trinea (トリネア) is a Super Famicom role-playing video game that was released in 1993 exclusively in Japan. Players get to select from three different characters; who have different attack, speed, and hit point levels. Elements in this game involving fighting demons, magical rituals around pentagrams, and slaying dragons. 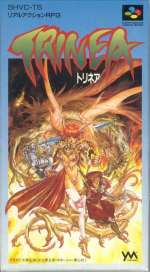 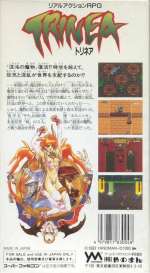 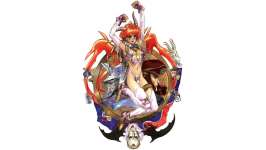 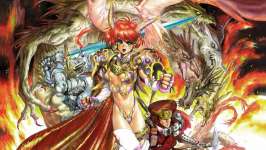 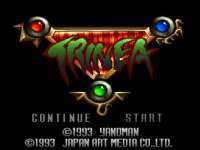 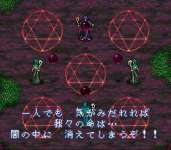 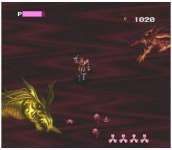