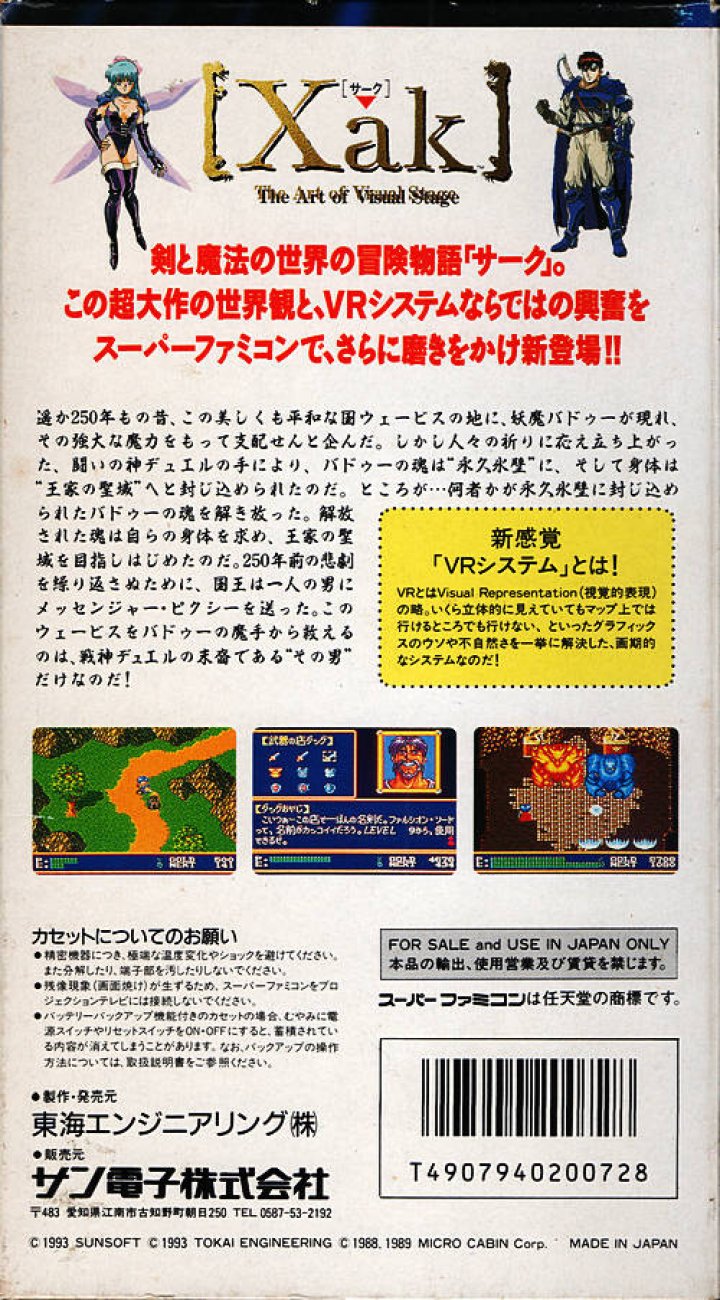 Xak: The Art of Visual Stage

Two hundred and fifty years ago, the god Duel defeated an evil demon named Badu, encasing him in a mountain of ice. Now Badu has managed to escape from his prison. Demons have overrun the land, and the king of Wavis sends a messenger to a warrior named Dork Kart, asking him to defend the country. However, Dork is absent, and his sixteen-year-old son Latok decides to do the king's bidding, and even go as far as to confront Badu himself. 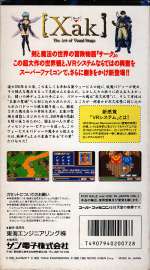 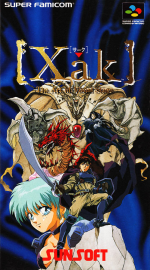