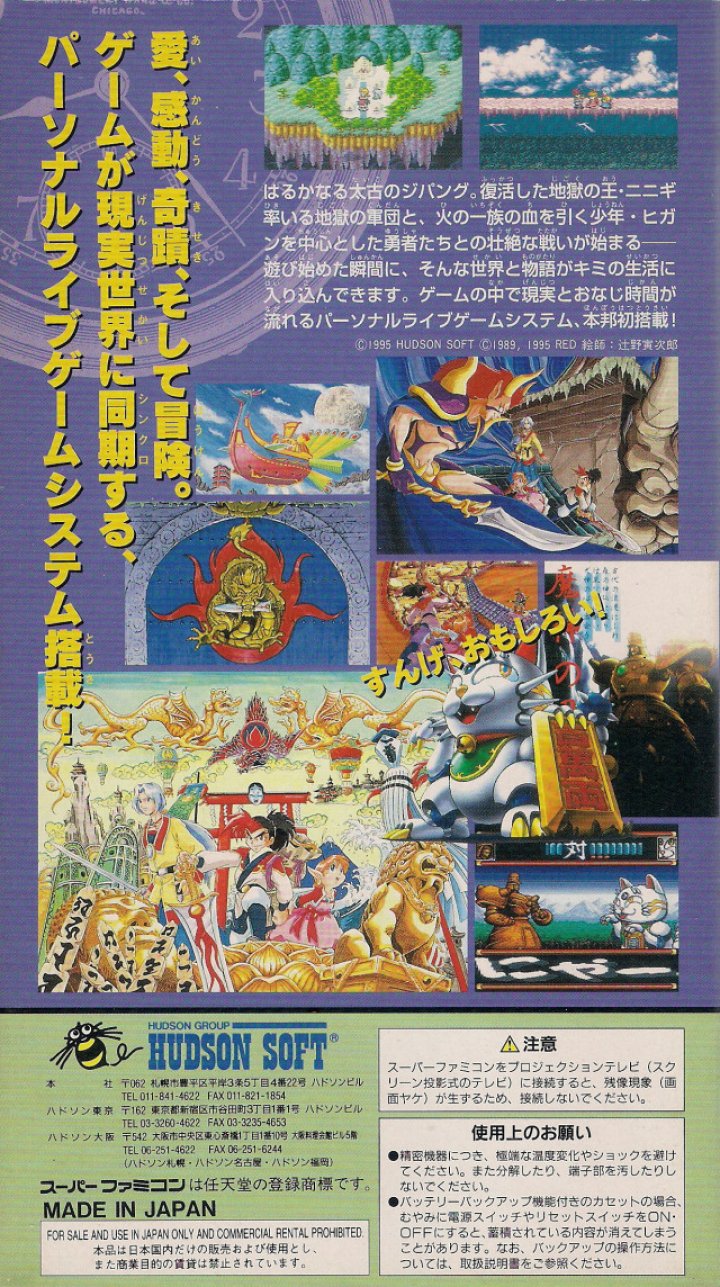 In the feudal Japan-like world of Jipang, an evil prince releases the demon lord Ninigi, who in turn seals the gods of Jipang and suppresses the people of six kingdoms with his demon henchmen. After one of the henchmen attack his village and slay his grandfather, the main character, Higan, learns he is the legendary "Fire Hero" and must set off to save the kingdoms. Along the way, Higan meets several characters, such as Subaru, a fairy and Tenjin, a swordsman. Tengai Makyo Zero is a 1995 role-playing video game developed by Red Company and published by Hudson for the Super Famicom. The game was released exclusively in Japan on December 22, 1995, and is the fourth installment in the Tengai Makyo series. Like several games in the Tengai Makyou series, it is based on the novel "Far East of Eden". 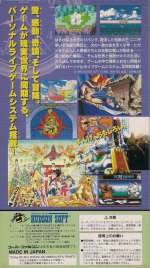 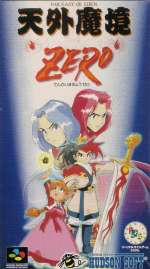