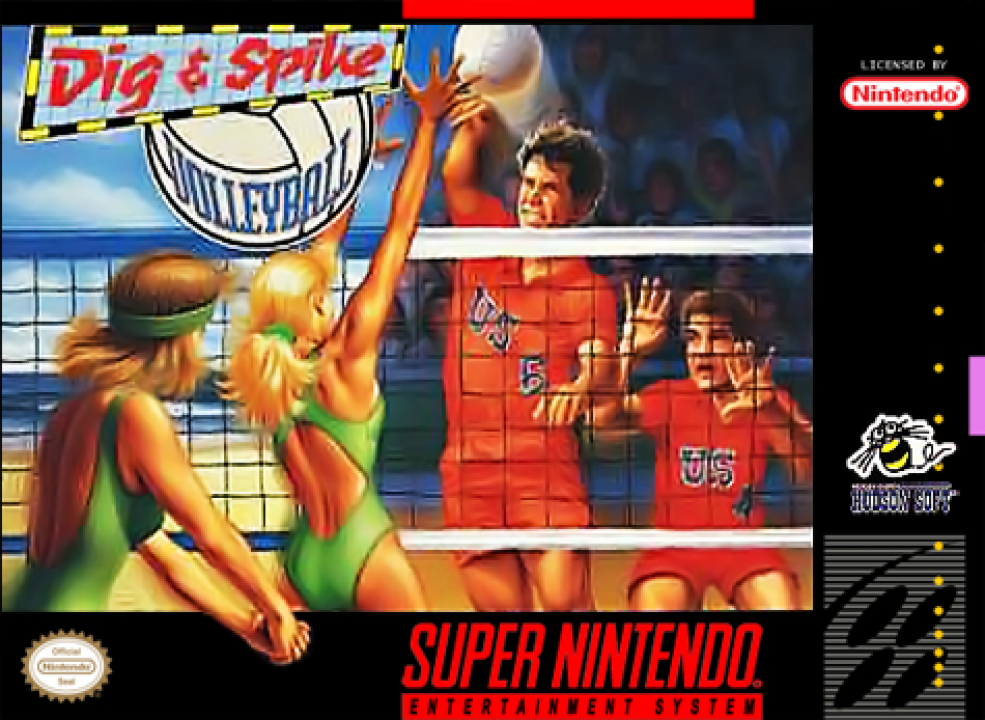 Dig & Spike Volleyball - known as Volleyball Twin (バレーボールTwin) in Japan - is a volleyball video game developed by TOSE. The player can choose either two variations: men's indoor volleyball and women's beach volleyball. The indoor variation is represented by eight men's national volleyball teams, based on teams that played the volleyball tournament in the 1992 Summer Olympics: