You and two of your friends decide to attack the Archenemy - the evil Mudo - in his castle. But as you reach his throne, he attacks you and send the three friends into three different places... Was this just a dream? You have just fallen out of your bed dreaming! It's time to go to the village elder, to get a seemingly simple assignment - to sell some goods at a bazaar in the nearest town. But soon the hero will discover his dream was not so far away from reality... "Dragon Quest VI" is the last SNES game of the Dragon Quest series (called "Dragon Warrior" in US). It is a party RPG with turn-based combat and battles viewed from 1st person perspective. Not much has changed since the NES days of Dragon Quest - gameplay style, setting, and even menu layout seem almost identical to those of the early classics. Like its immediate predecessor Dragon Quest V, this game was never released outside Japan. 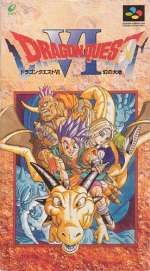 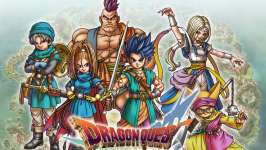 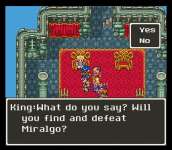 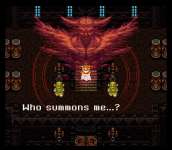 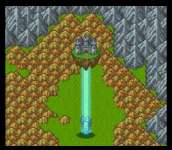