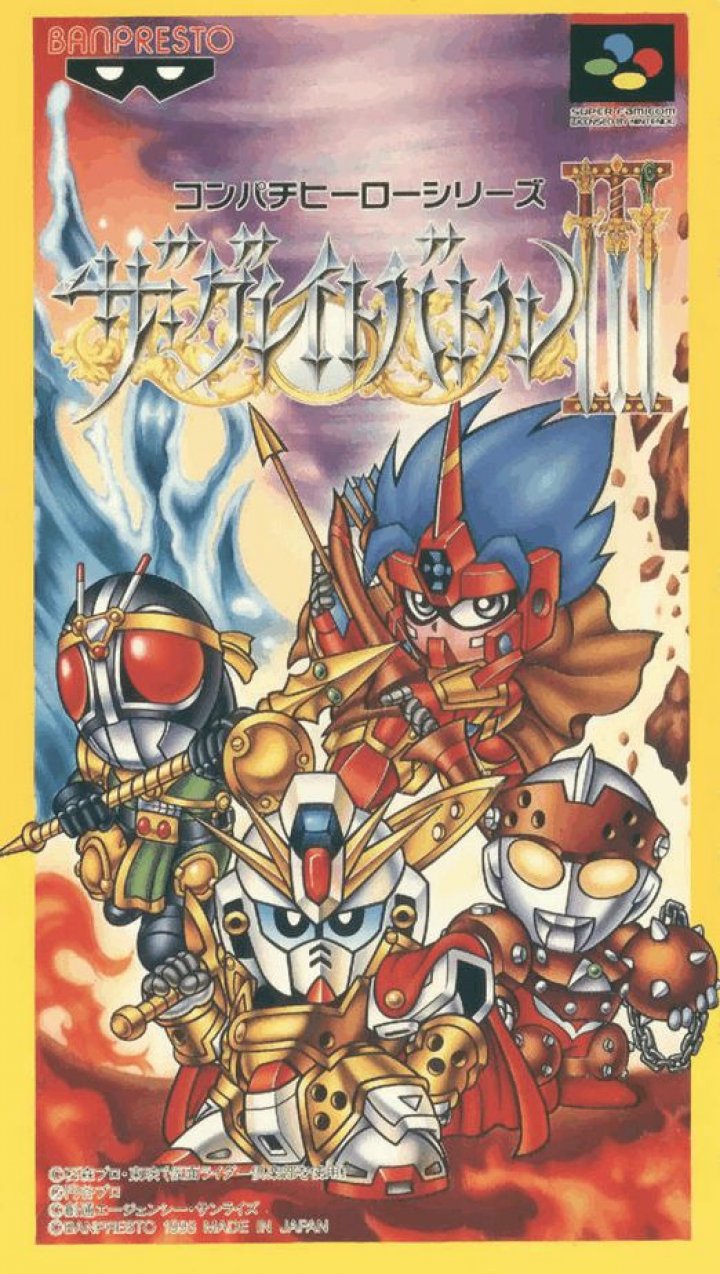 The Great Battle III (ザ・グレイトバトルIV?) is the third entry in Banpresto’s Compati Hero series for the Super Famicom. The game is crossover action game title involving the characters from Kamen Rider, Ultraman, and Mobile Suit Gundam franchise respectively. Gameplay is a weapons-based beat-em-up similar to Knights of the Round, King of Demons, and Golden Axe. 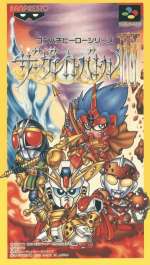