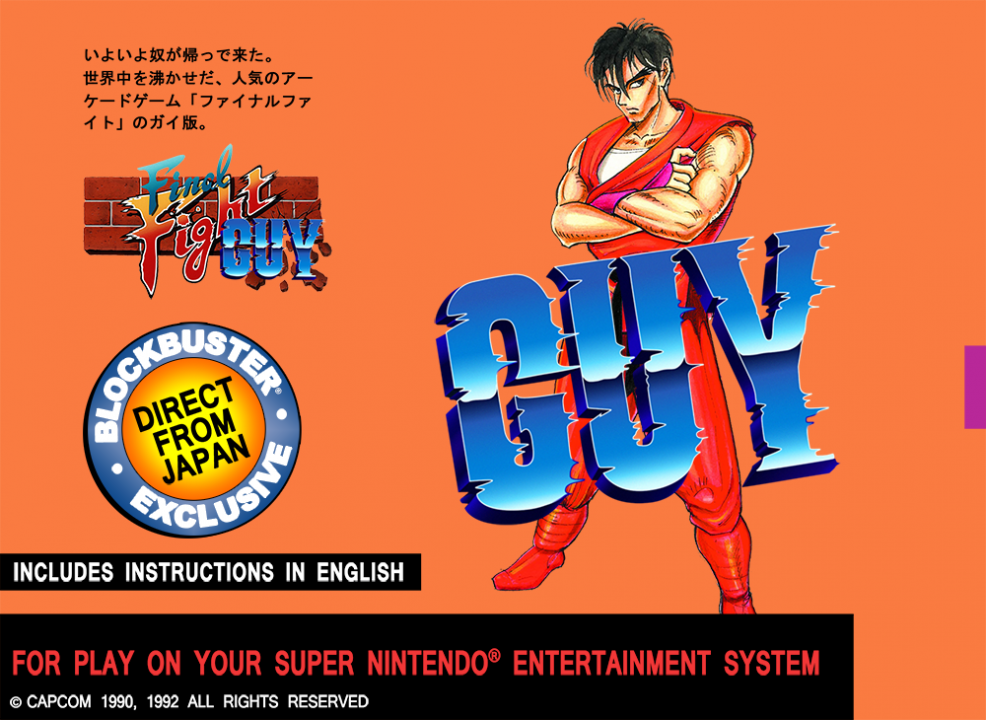 Mayor Mike Haggar vows to snatch the streets of Metro City back from the crooks with his bare knuckles! But the Mad Gear Gang snatches his daughter Jessica. Now there's gonna be some bone-crunching dues to pay! The urban ninja Guy hits the streets hard with Haggar, denting heads downtown and slugging it out in the slums. He's a one man army! His weapons are anything he can find -- swords, knives, or pipes. Now you're Haggar or Guy, each with his own fighting style. Demolish gangland henchmen, samurai swordsmen and musclebound crime bosses in a fist-to-nose frenzy! 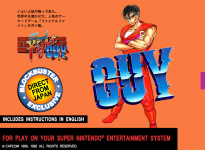 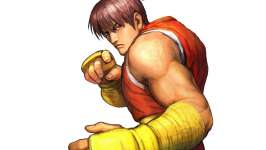 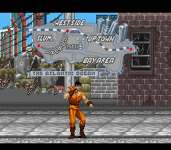 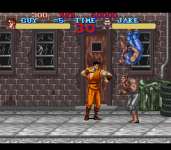 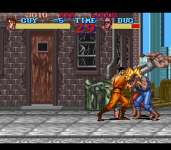 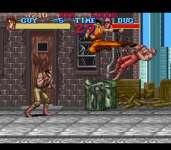 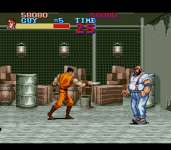 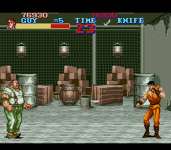