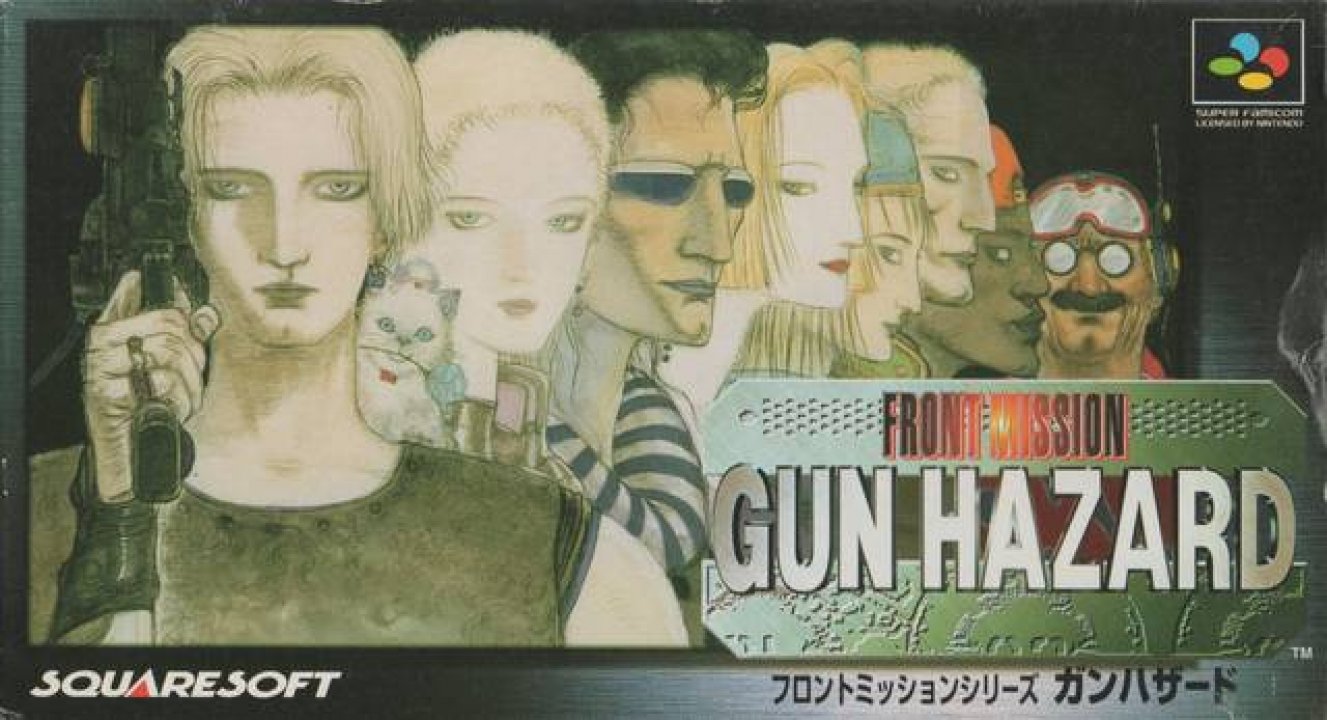 The year is 2064, when the great solar power satellite, ATLAS is overshadowed by the invention of fusion power. The government alliance that had supported the building of ATLAS now find themselves facing economic crisis as the balance of power shifts. In this world of conflict and change, the Walking Panzer, or Wanzer, (a form of mecha) becomes the standard armored unit for wars and petty battles across the globe. For the small nation of Bergen, a coup d'etat is underway, staged by Colonel Ark. Seeking to establish complete control over the government and the NORAD units stationed there, Ark's first step involves the capture of President Orwen. Tipped off to the rebellion, Orwen seeks to flee from Bergen, looking for safe passage out of the seaport of Port Ertothal. A young Wanzer pilot, Albert Grabner, is assigned escort duty to the president by loyal elements of the army stationed there... Gun Hazard is a side-scrolling version of the Front Mission series. Gameplay is more than a little similar to Cybernator or Metal Warriors. The player moves between different stages on an area map. Once inside a level, the player controls Albert and his wanzer as it moves left, right across the screen. The wanzer is able to jump, and attack with a primary and a special weapon. At any time during a level, Albert can eject from his heavily armed wanzer to explore. Although vulnerable when outside, Albert is able to reach areas the wanzer cannot, in addition to being a smaller target and being able to jetpack indefinitely. Additionally, Albert can recruit other characters through the normal course of the story, some of whom can be designated to support roles. These support characters when set can provide a variety of different cover fire abilities for Albert during his missions. They too gain experience and levels. Different weapons and armor can be found or bought. Essential components include the Booster ability which allows the wanzer to hover and increase it's jumps, as well as the Dash ability which allows quick left-right movement by the wanzer. Money and experience are earned through the completion of level objectives as well as the kill count of enemy wanzers. 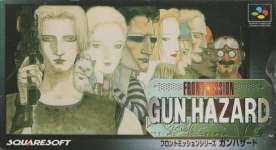 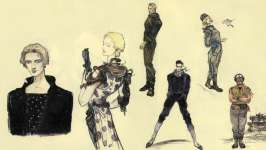 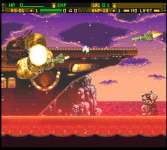 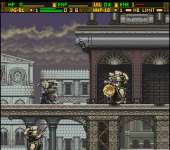