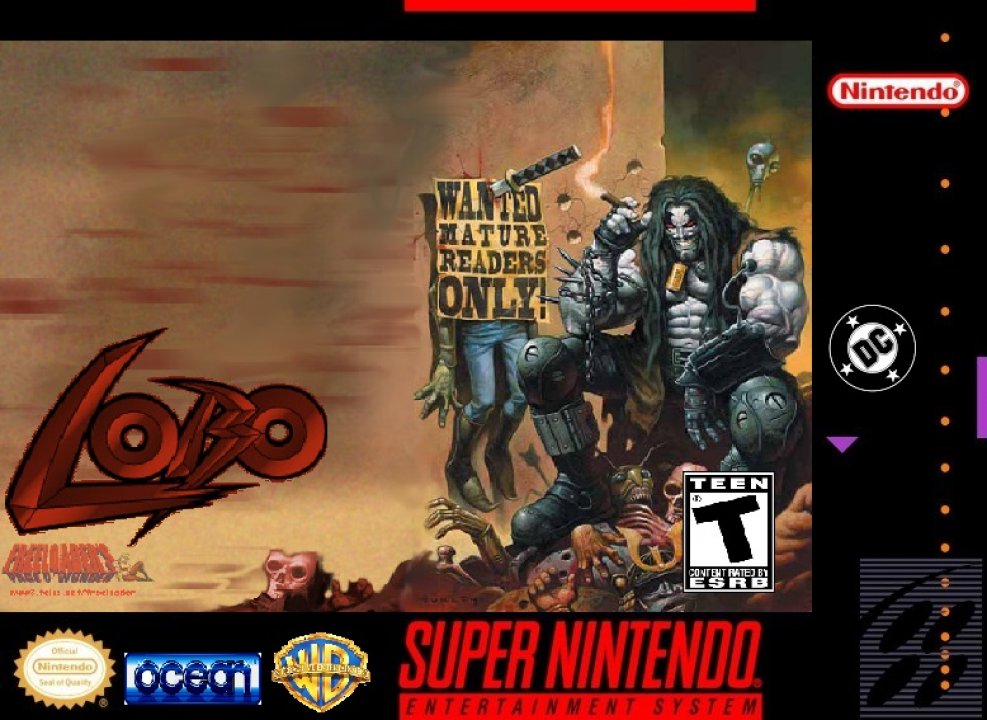 I GOT YER FRAGGIN' GAME RIGHT HERE! Galaxies breathe a sign of relief as Lobo passes through. The merciless interstellar bounty hunter roars his way through the cold darkness of space, seeking out the universe's most dangerous and highest paying bounties, including Dox, Kringle, Loo, Nitro, Shaola and the menacing Lobo clone. Lobo is on the hunt! No enemy is too mean, no battle too brutal, interstellar scum have nowhere to hide! Lobo is a cancelled 1996 fighting video game that was developed by Ocean of America. The game is based on the DC comic book series of the same name, and was due to be released in Winter 1996 on both Super Nintendo and the Sega Genesis. However, it was cancelled at the last minute. The game uses pre-rendered graphics, similar to Donkey Kong Country or Mortal Kombat. 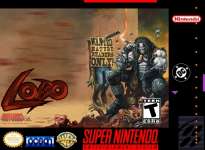