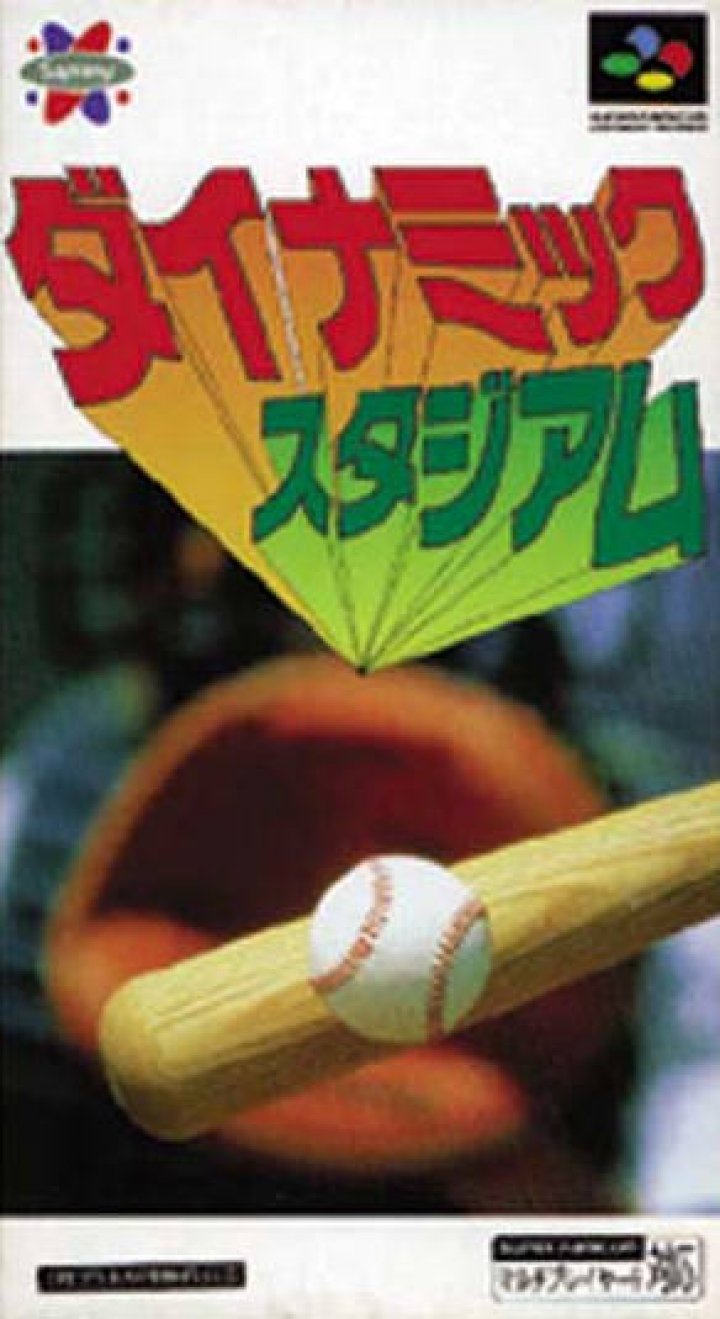 Dynamic Stadium is a baseball game from Eleca/Electronics Application released exclusively for the Super Famicom. While adopting the same behind-the-batter perspective as Namco's Famista series, Dynamic Stadium presents its athletes as comic book heroes rather than chibi figures, making them absurdly buff and frequently featuring action shots of them catching fly-balls and narrowly making it to base before being caught out. "Safe!" and "Out!" calls are presented as spiky word balloons. Dynamic Stadium does not feature an official NPB license, so all the team names are fictitious. The game was published in Japan by Sammy Corporation and was never localized for overseas territories. 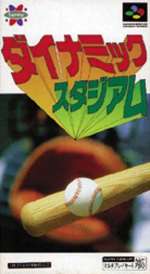