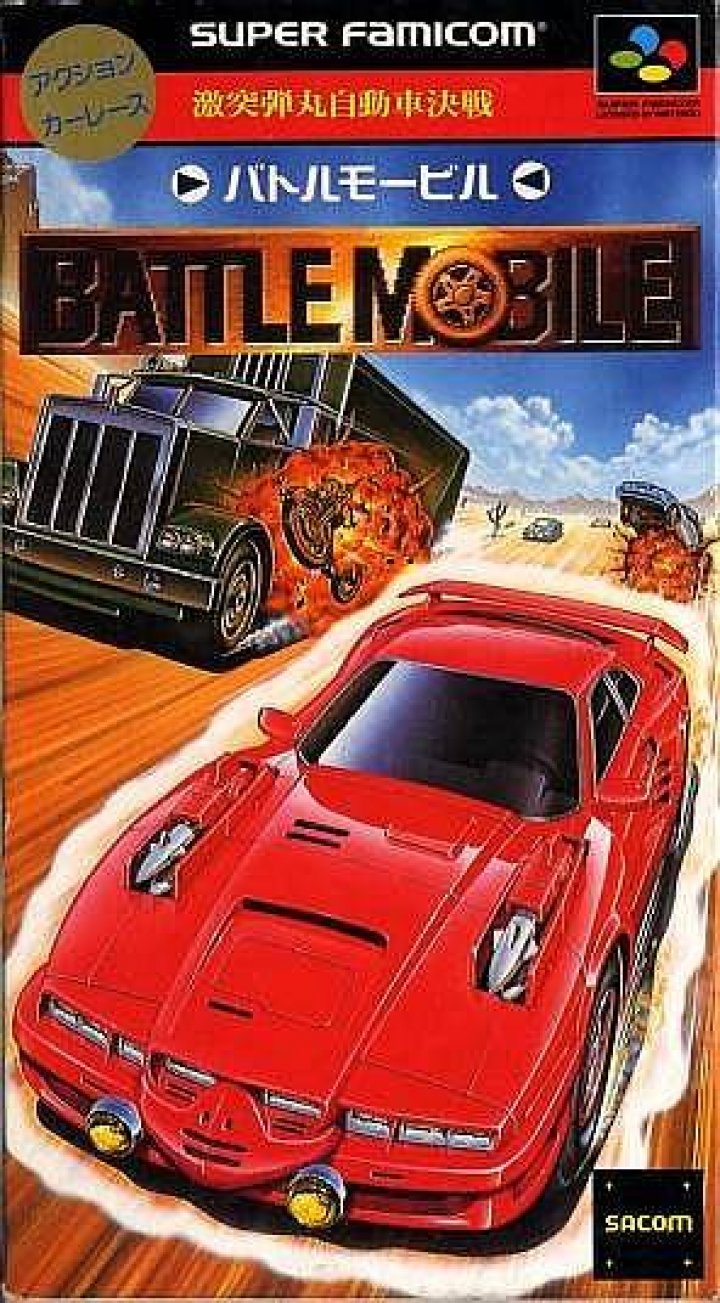 Gekitotsu Dangan Jidousha Kessen: Battle Mobile (roughly "Breakthrough Bullet: Final Car Fight: Battle Mobile") is a vehicular combat game from System Sacom, which was released on the Super Famicom in Japan only. The story concerns a newlywed couple who are accosted by Mad Max-esque highway bandits, leading to the death of the wife. The aggrieved husband spends the following year building a high-tech combat vehicle out of a sports car and is determined to make the bandits pay. The game plays like a mix of a vertically scrolling shoot 'em up and a racing game, where the best means of removing on-screen enemies is by charging into them. Out-of-reach enemies, like helicopters, can be taken down with missiles instead. 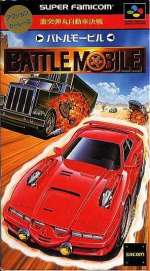 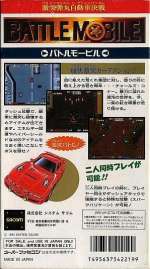