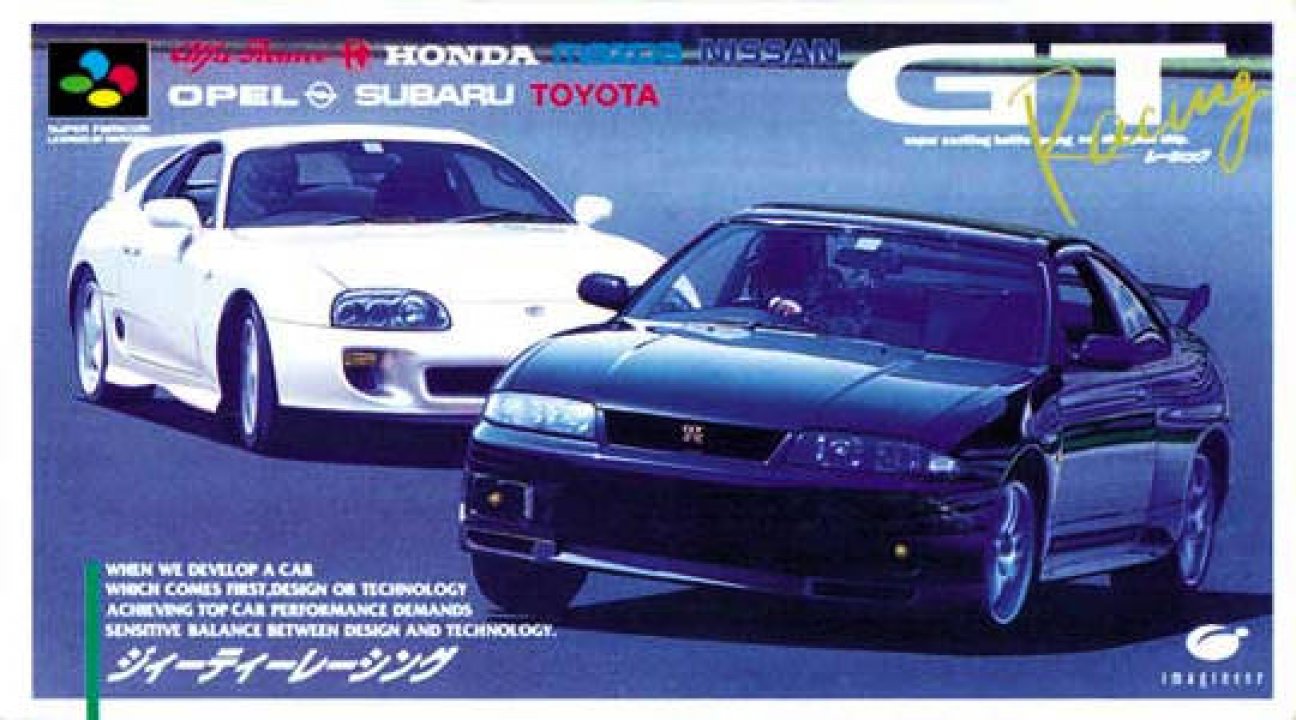 GT Racing is a Super Famicom racing video game where the player gets to drive a Gran Turismo car in either championship or practice mode. The game is based on the 1996 Super GT racing season using the horsepower standards and rules of the era. During championship mode, the player is asked enter a number, his or her driver's name, and the team name that he or she will use during the championship. The driver's name and team can be entered using either English or Japanese letters. When a player beats a record, he or she is asked to insert his or her number, name or initials (up to four characters and two digits for the number). Championship mode can last for multiple seasons. Playing ninety-nine seasons in a single racing career is theoretically possible due to the double-digit nature of the season information. There are eight different tracks, including the Suzuka Circuit that has been shown in video games since Pole Position II and Fuji Speedway (complete with a virtually photorealistic Mount Fuji in the background). Versus mode is for two human players only and the record options allows the players to look at his or her previous records. In a race, there are up to fifteen opponents to race against. The player gets rewarded with an opportunity to upgrade his or her equipment after a top five finish on any race course. Bonus equipment includes a faster engine, better tires, and a special dose of nitrous oxide created specifically for Gran Turismo vehicles. All of the bonus automobile parts are automatically installed in the appropriate parts for supercharging the vehicle. Once all the special parts are earned, the automobile is considered to be fully upgraded. The ultimate goal is to win the Gran Turismo championship for his or her team in addition for him/herself. The "free practice" is essentially a time trial mode where the player races by him/herself for up to ten laps. Acquiring damage is still possible either crashing into walls or through normal wear and tear. The fastest lap time gets captured for the record book just like in the other modes of the game. Before being able to practice freely, the player can also choose the weather condition and the setup of his vehicle 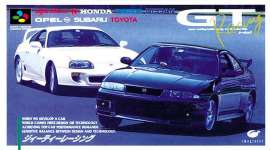