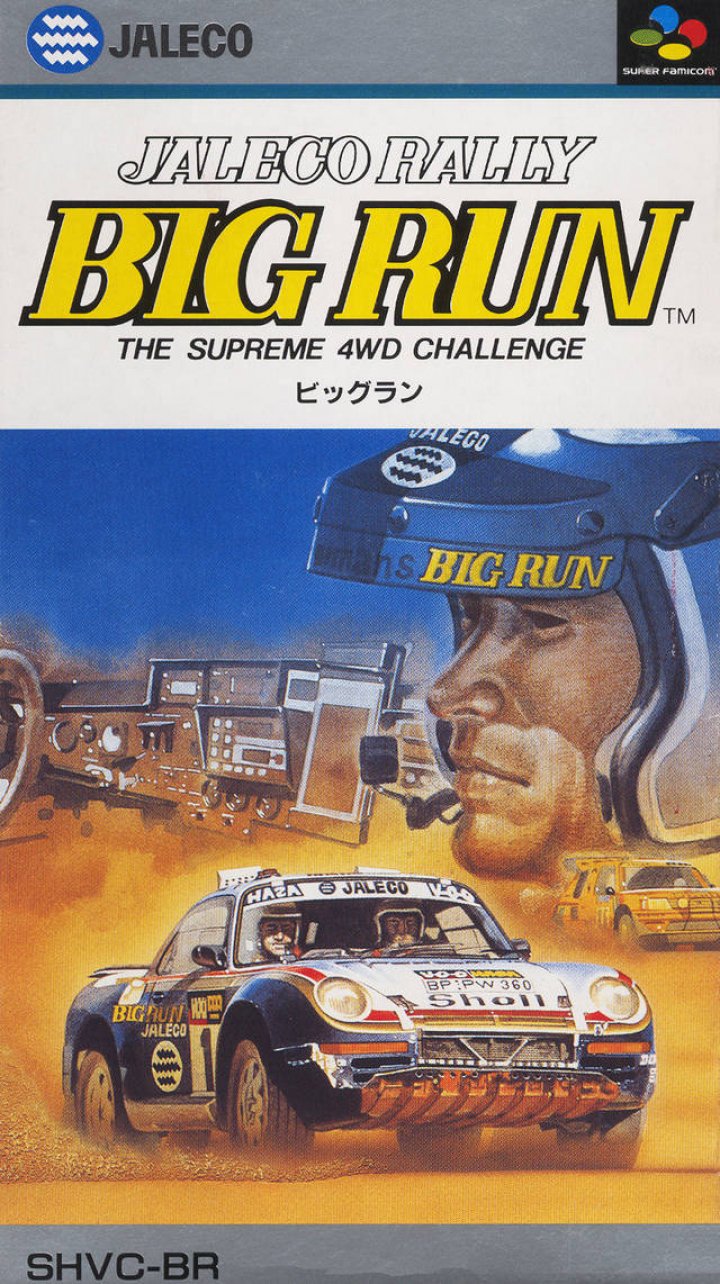 Jaleco Rally: Big Run: The Supreme 4WD Challenge is a rally racing game and sim in which the player takes part in the Paris-Dakar rally. The game actually begins in Tripoli, Libya and passes through around 2,500 miles of African desert, swamp and jungle on the way to Dakar. Jaleco originally developed the game for the Arcades before porting it to the Super Famicom. This home version was never released outside of Japan. The game was also ported to the Amiga and Atari ST, where it is known simply as Big Run. In addition to passing each checkpoint under the required time - the checkpoint system ubiquitous in solo racing games of the era - the player must also be aware of environmental dangers along the course and needs to select a sponsor, navigator and engineer team before starting. They must also balance the weight of their car, as too few replacement parts might cause a problem further into the race yet having too many will greatly reduce the car's top speed. 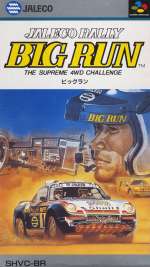 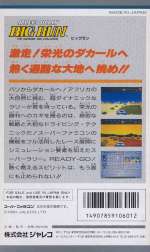