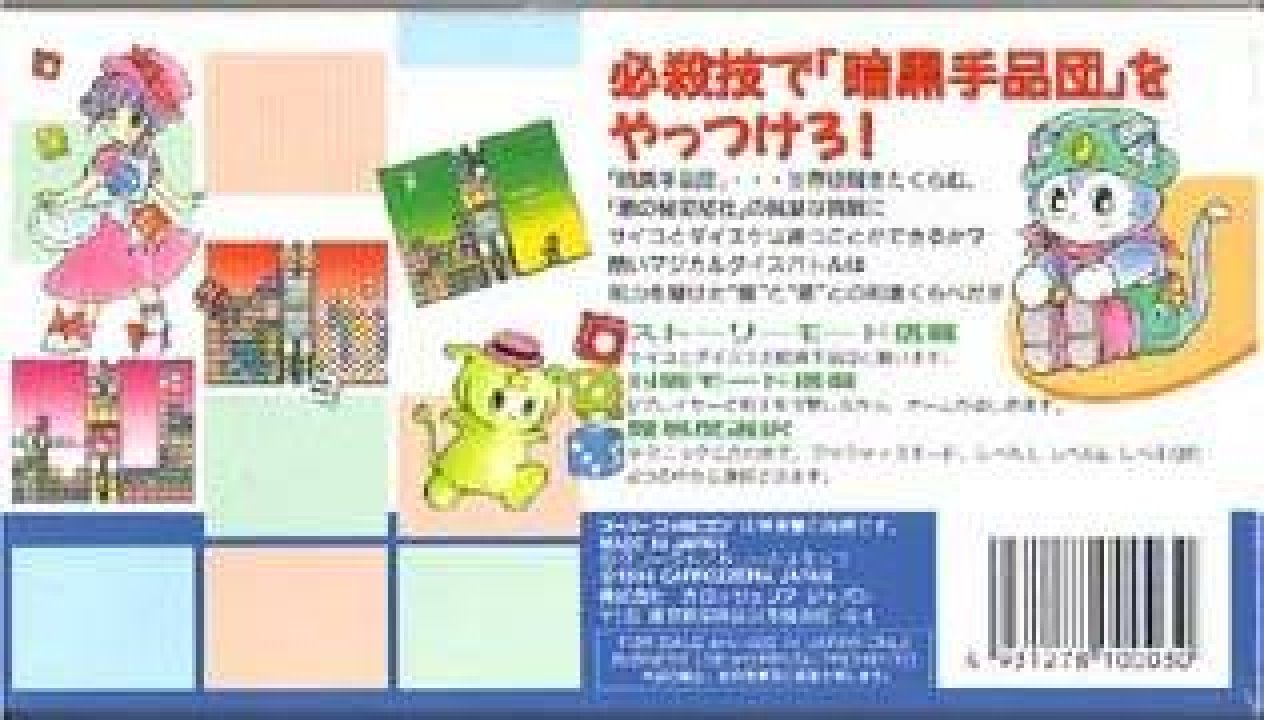 Jammes is a puzzle game for the Super Famicom that is a variant of the "falling blocks" sub-genre popularized by games such as Tetris and Columns. It was exclusive to the Super Famicom. The game features a story mode with increasingly difficult opponents - it also has a tutorial for its obtuse mechanics - as well as a free mode where the player tries to survive as long as possible and a versus mode for multiple human players. In the single-player modes, the player can choose between a male or female avatar. The goal of the game is take a pair of falling dice, each with a specific color and number attached to them, and drop them into a grid with other fallen dice. If a die is on a line horizontally, vertically or diagonally with another die of the same color, both those dice and every die in-between will drop by one in value. Once a die has reached "1" and is involved in another combo, it disappears. Dice on top fall in the gaps left behind, potentially creating chain reactions. There are also power-ups that will either help the player out or create problems for the opponent. The game ends once the dice stack to the top of the screen. 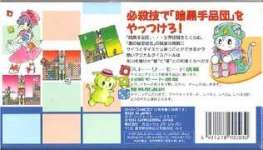 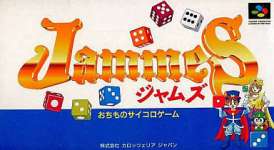