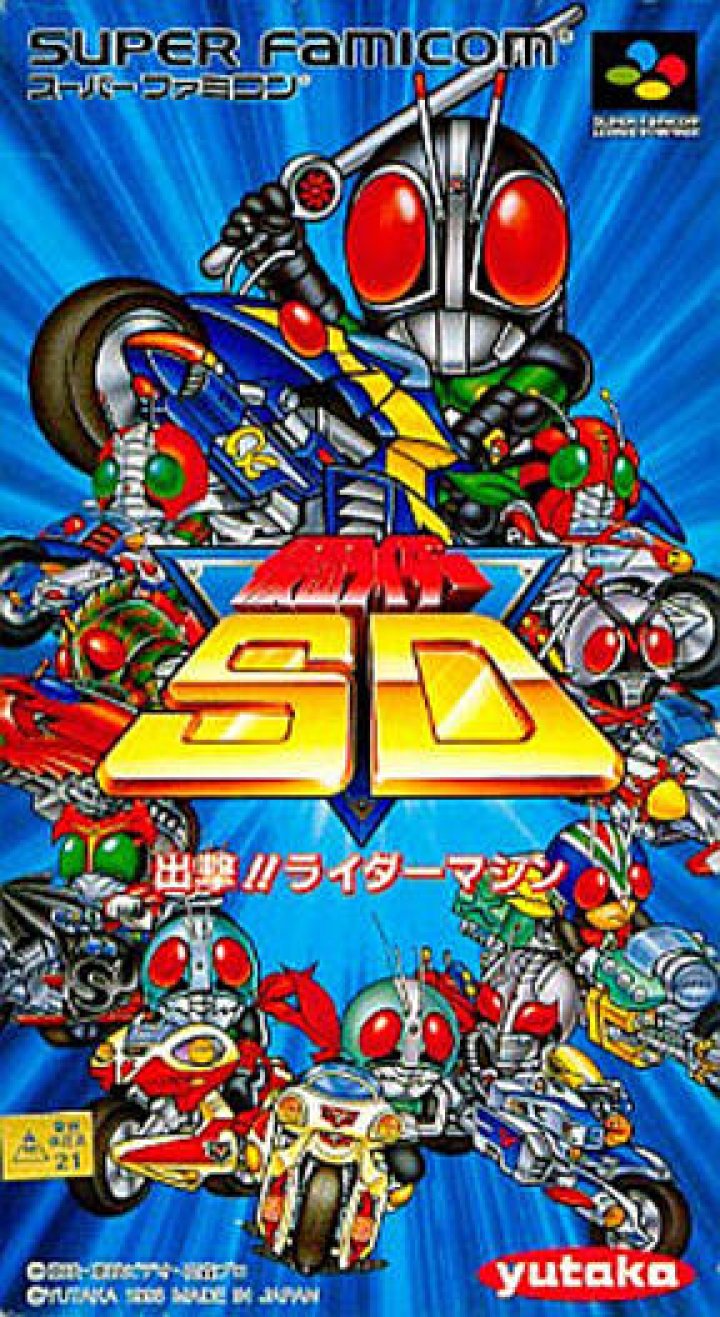 Kamen Rider SD: Shutsugeki!! Rider Machine ("Masked Rider SD: Roll Out!! Rider Machine") is a racing game that takes the characters from the Kamen Rider tokusatsu TV show and manga and puts them in a much cartoonier, super deformed universe. The game scrolls horizontally like a brawler, but the player (as Kamen Rider) is always in motion on a motorcycle and must destroy the bikes and vehicles of his enemies by kicking and punching to his sides, similar to Road Rash. Yutaka put out three Kamen Rider SD games for Nintendo consoles in 1993, and this SNES game is the middle child of this trio. The other two are Kamen Rider SD: GranShocker no Yabou for the NES and Kamen Rider SD: Hashire! Mighty Riders for the Game Boy. 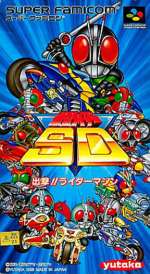