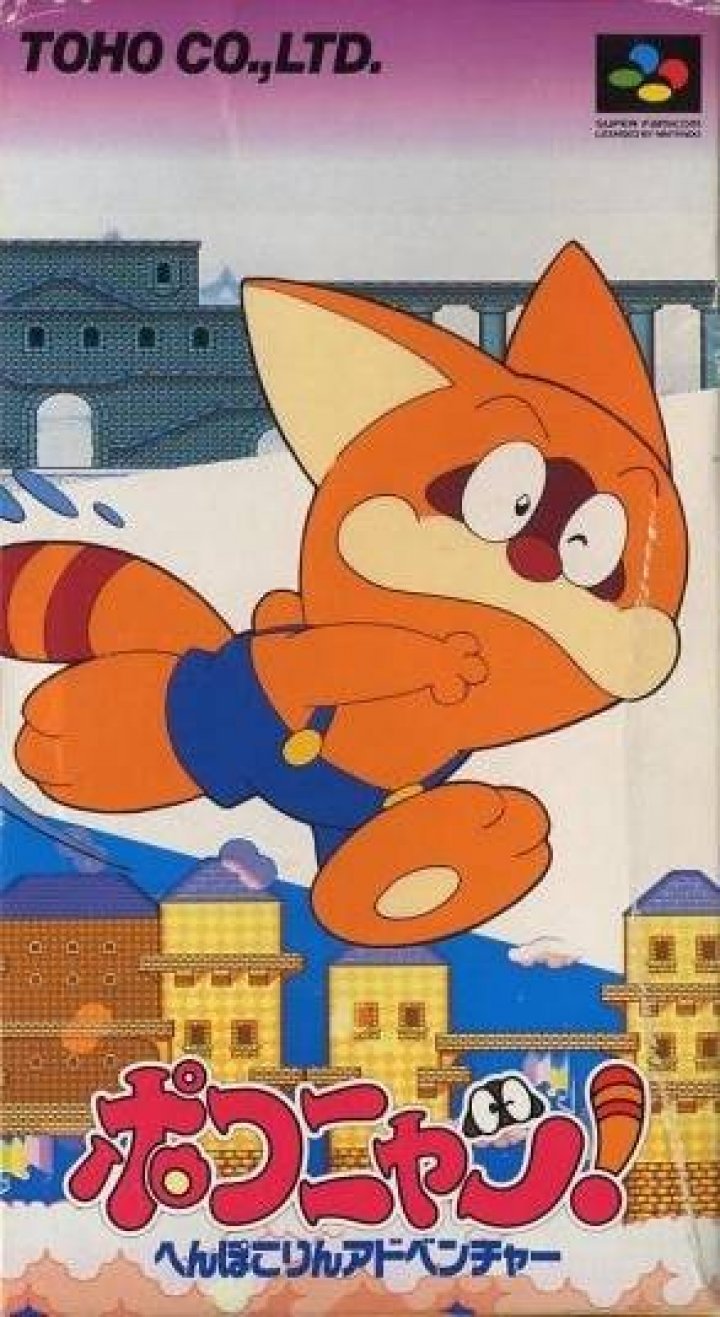 Pokonyan! Henpokorin Adventure is a platformer game for the Super Famicom that was published by the Japanese TV and movie company Toho. It is based on the long-running anime TV show Pokonyan! which depicted on the adventures of a cat/tanuki hybrid who was able to change his shape with his mysterious "Henpokorin" power similar to the shapeshifting abilities of the mythical tanuki. It was licensed outside of Japan as Rocky Raccat!. In-game, animals have stolen the sweet treats of Pokonyan's human friend Miki Konoha (known as Amy in the Rocky Raccat version) and Pokonyan quickly pursues them. Pokonyan collects food items along the way - each of which adds to a bonus after the stage is complete - and Pokonyan can jump, sprint and change shape with his powers. His other forms give him stronger jumping and attacking capabiltiies, depending on the shape. 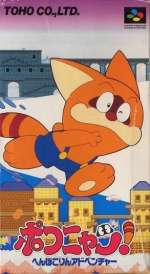 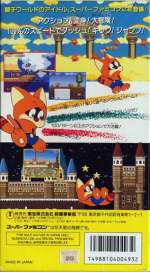