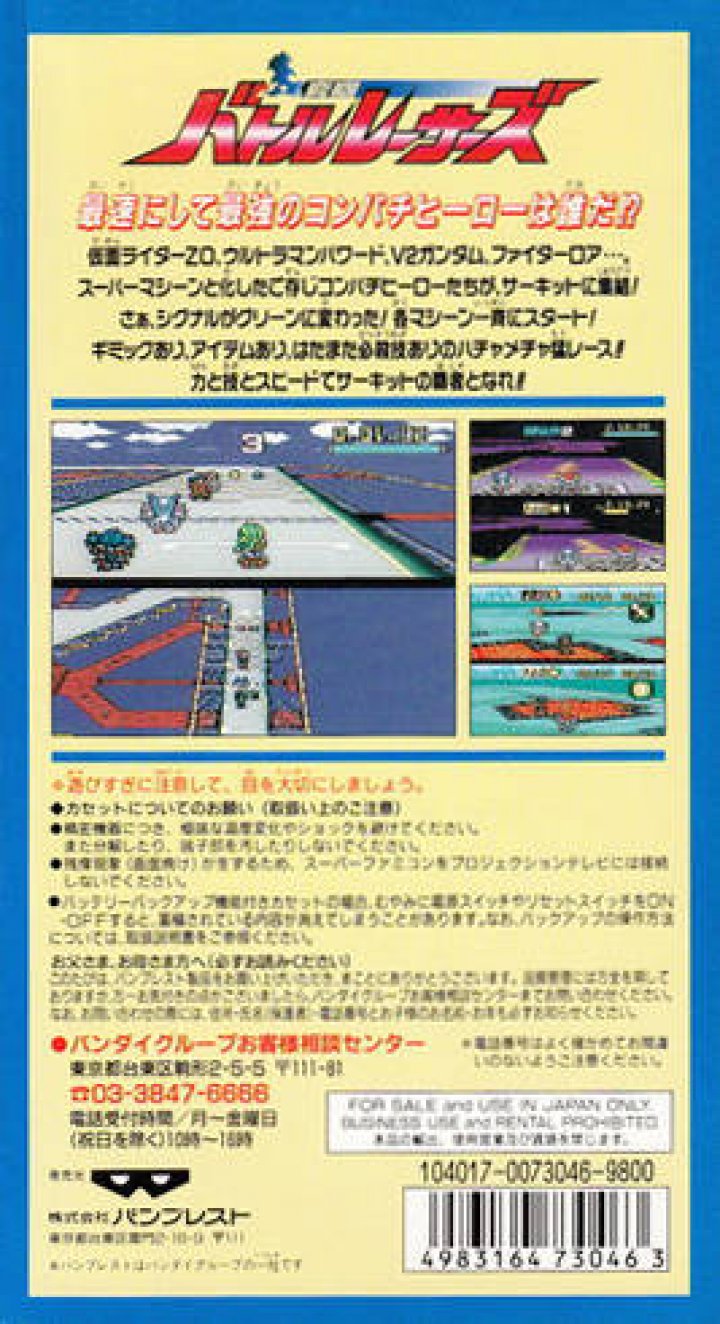 Battle Racers is a Mode 7-enabled racing game released exclusively in Japan and is part of the Compati Hero Series, which combines characters from Gundam, Kamen Rider and Ultraman. The game takes after Super Mario Kart in its presentation and use of power-ups to get the edge in races. It also uses a similar zoomed-out view of the track for the second player's window for the game's single-player mode. Players select from four Grand Prix cups: each cup has one more track than the one before, starting with four. The final cup is locked until the others have been beaten. This video game combines the futuristic elements of F-Zero with the whimsical elements of Super Mario Kart. Players can select from various tracks and confront numerous dead ends and alternate turns. There are six drivers in a race and all the menus are in Japanese. The four main characters of the game are: Ultraman Great (from the Ultra Series), Kamen Rider ZO (from the Kamen Rider franchise), Battle Knight Gundam F-91 and Fighter Roar. 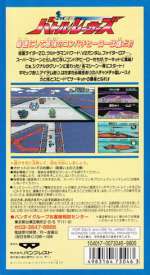 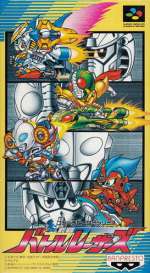