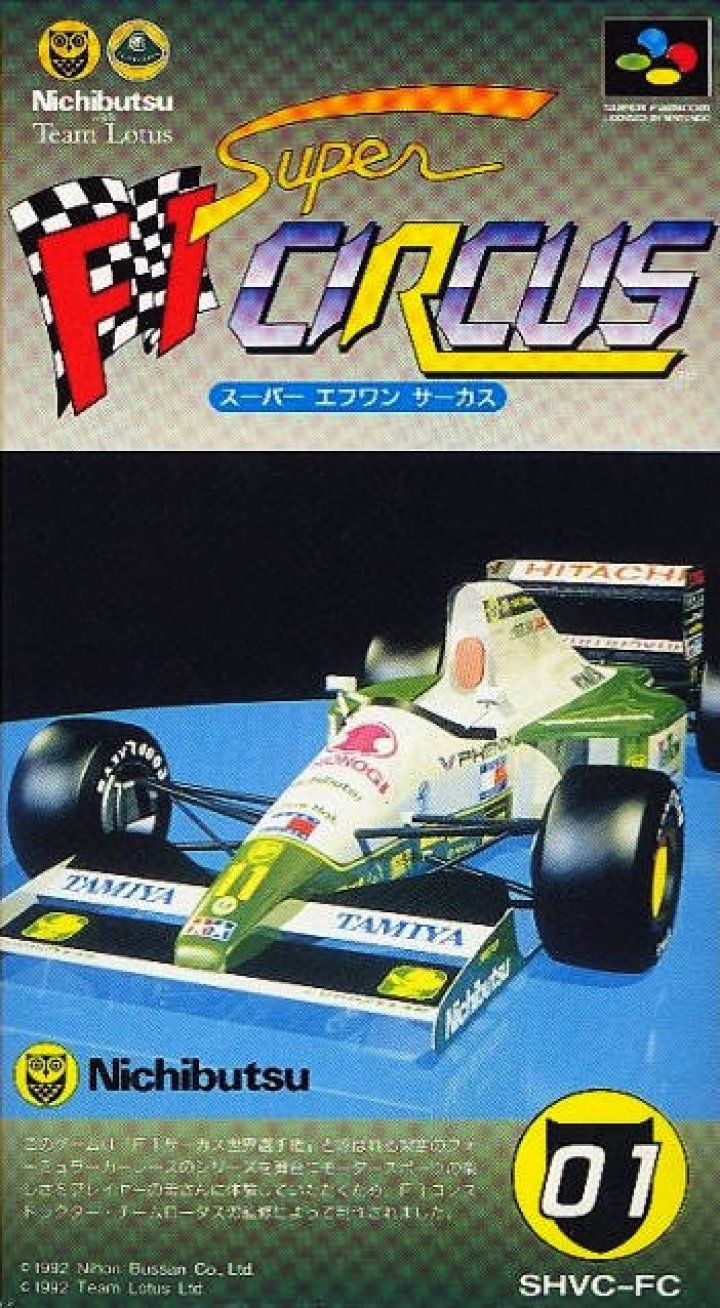 Super F1 Circus is a F1 racing game from Cream and Nichibutsu (Nihon Bussan) and the first Super Famicom entry in the F1 Circus entry, which originated on the PC Engine (Turbografx-16) and Famicom. It is sponsored by Team Lotus, a former racing company associated with Formula 1 as well as many other racing leagues that has recently come back into being. The game is a traditional top-down racing game that emphasizes sim elements, such as selecting the car's various parts and ensuring that the rules of the race are followed. If the player causes too many infractions, or too much damage is caused to six vital instruments on the car, they will be forced out of the race. As well as the other games in the F1 Circus series, Super F1 Circus would receive numerous direct sequels of its own. Super F1 Circus Limited came out later the same year. 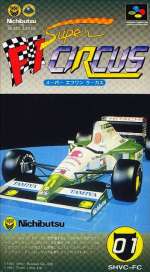