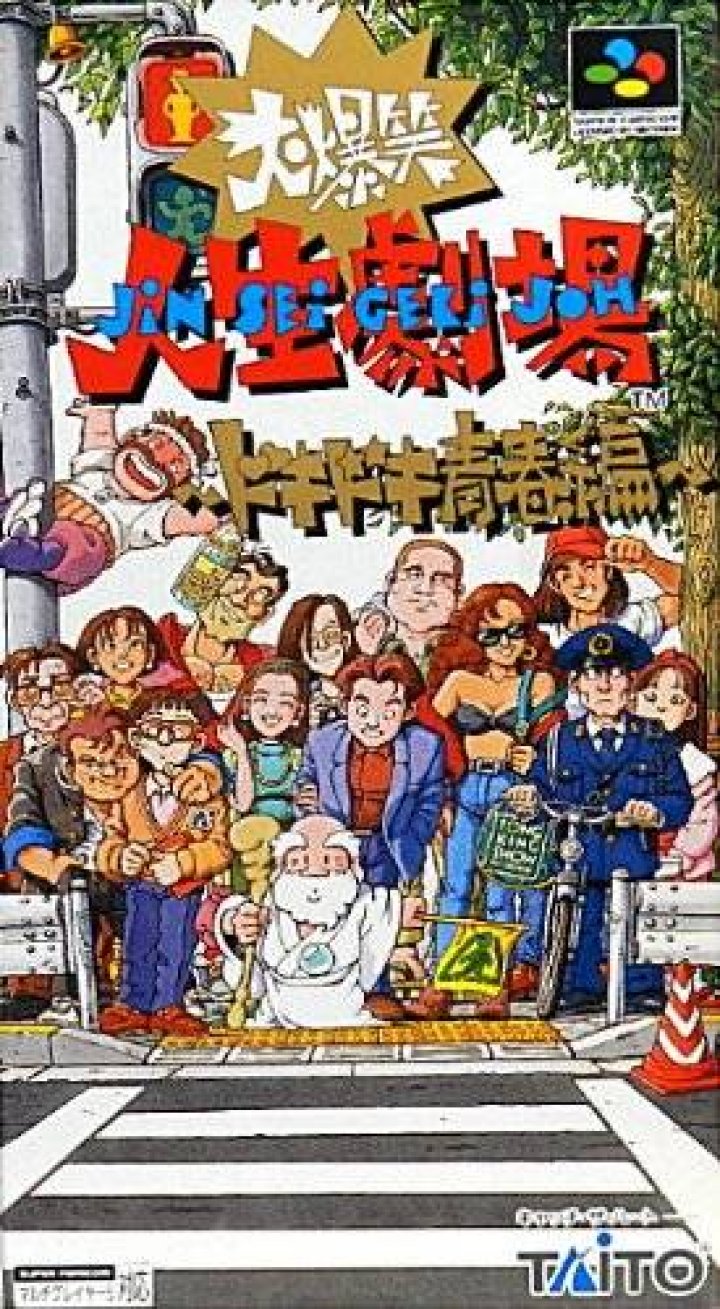 Daibakushou Jinsei Gekijou: DokiDoki Seishun Hen is the second Super Famicom game in the Bakushou Jinsei Gekijou franchise and the fifth game overall. Like the rest of the series, it is a competitive multiplayer board game that plays similarly to Milton Bradley's The Game of Life, known as the Jinsei Game in Japan. It was developed by Act Japan and published by Taito Corporation, which was released in Japan in 1993. 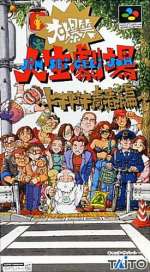