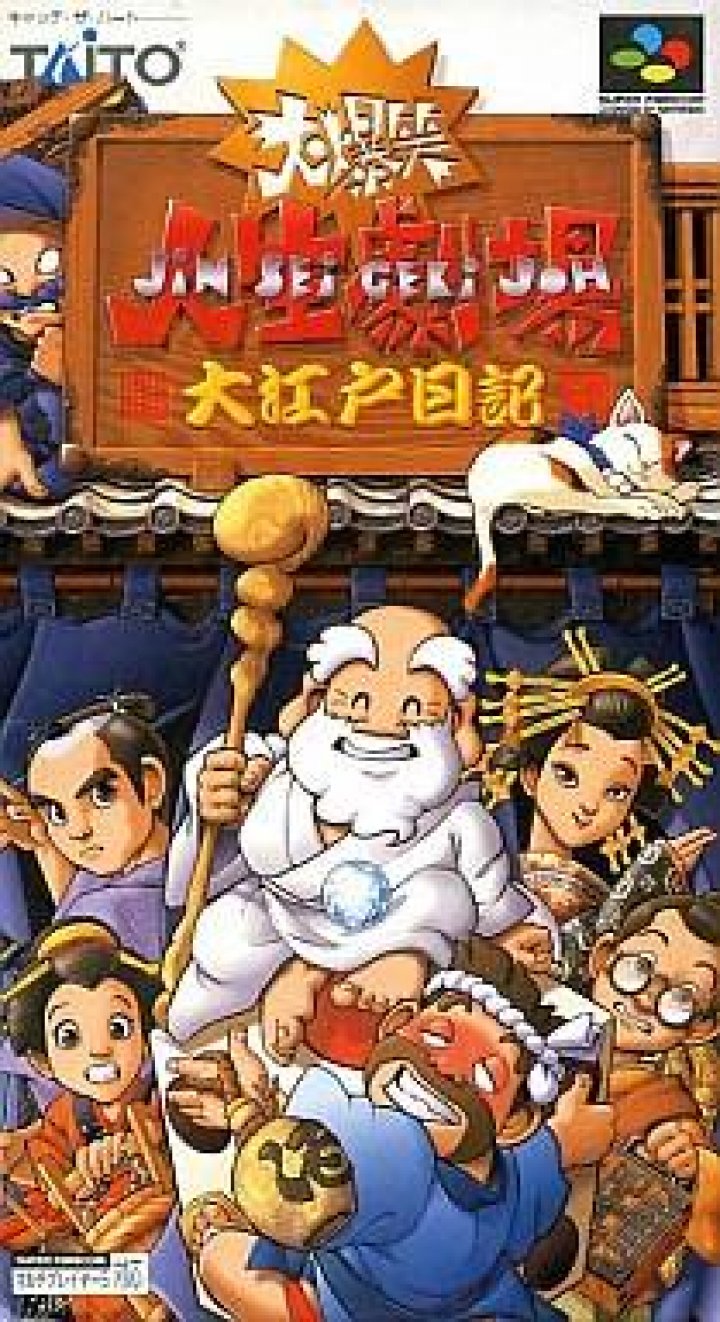 Daibakushou: Jinsei Gekijou - Ooedo Nikki is a multiplayer board game adaptation for the Super Famicom. It is part of Taito's Bakushou: Jinsei Gekijou series of games that resemble Milton Bradley's The Game of Life (called The Jinsei Game in Japan). In this entry, the players are trying to survive the life of an Edo period citizen from early adulthood to old age. Depending on which square they end their turn on events occur with randomized positive or negative effects. The aim is to earn more gold than the other players by retirement age. The game was the third of the Super Famicom-exclusive Daibakushou Jinsei Gekijou games - the Super Famicom entries all started with Dai- (or "Great"). It was followed by the fourth and final game in the series Daibakushou: Jinsei Gekijou: Zukkoke SalaryMan Hen in 1995. It was developed by Act Japan and published by Taito Corporation, which was released in Japan in 1994. 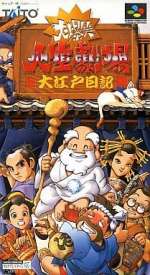