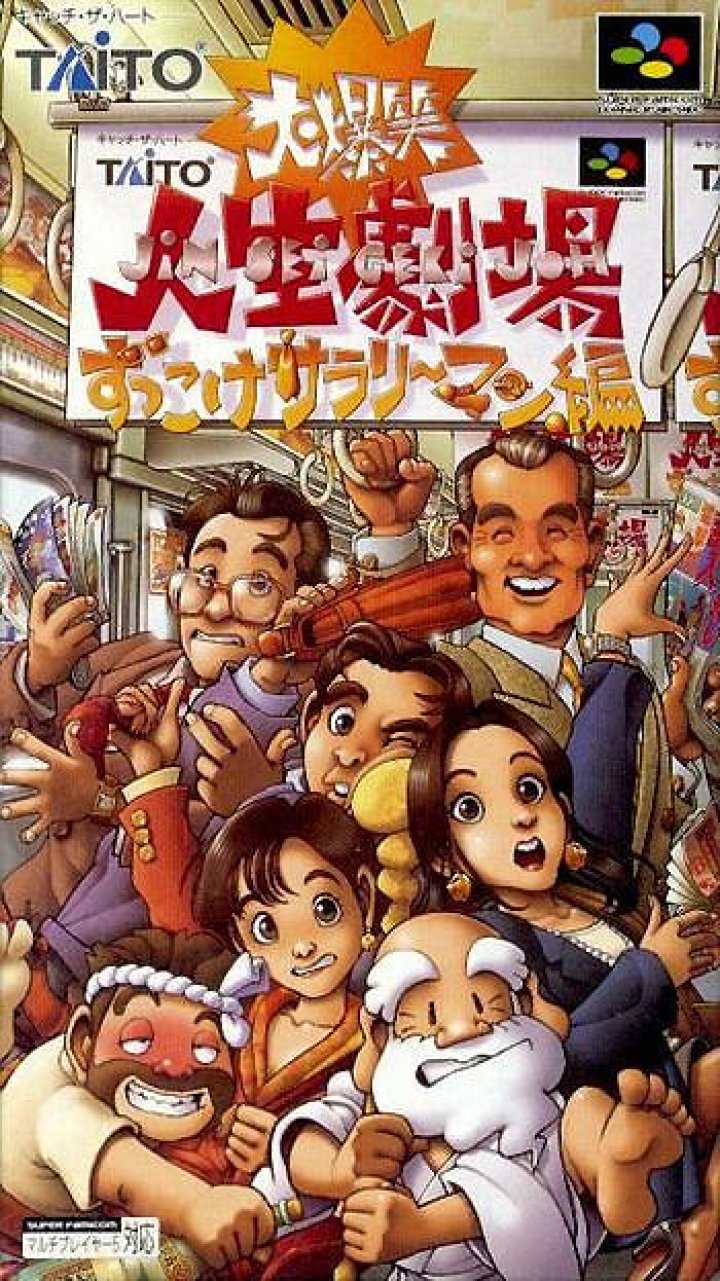 Daibakushou: Jinsei Gekijou: Zukkoke SalaryMan Hen is a board game adaptation based on Milton Bradley's The Game of Life (known in Japan as Jinsei Game) and the fourth and final Super Famicom game in the series. Following the likes of Daibakushou: Jinsei Gekijou: Ooedo Nikki, where the players were Edo-period peasants, and Daibakushou: Jinsei Gekijou: DokiDoki Seishun Hen, where the players were awkward teenagers, Zukkoke Salaryman Hen has players taking the role of everyday office workers in modern Japan. As with any Game of Life adaptation, the goal is to be the most successful - this is measured by their career trajectory, lovelife and other factors. It was developed by Act Japan and published by Taito Corporation, which was released in Japan in 1995. 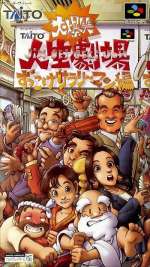