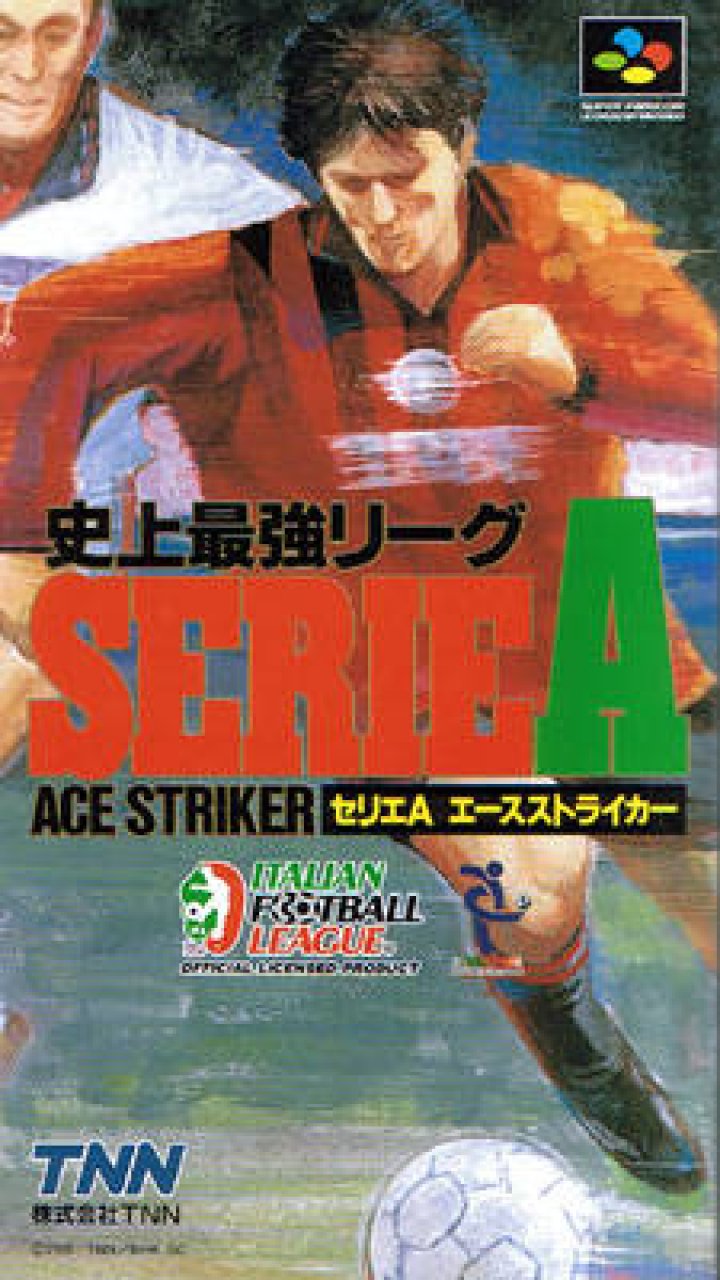 Shijou Saikyou League Serie A: Ace Striker ("Strongest League History Serie A: Ace Striker") is a soccer game that features all eighteen clubs and its players from the 1994-95 Italian Serie A season. It is licensed by both the Italian Football League and the Associazione Italiana Calciatori (Italian Footballer's Association). One or two players can compete in friendly matches, a league contest or a penalty shoot-out mode. The game has a horizontal perspective of the pitch and uses static cartoon cutaways whenever a goal is scored, which show the ball get past the goalkeeper or the striker celebrating. There are a number of different celebration animations that might play after each goal. 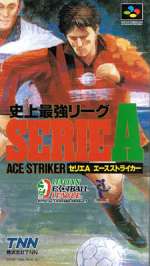 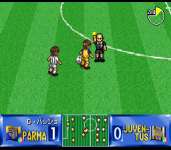 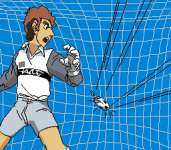