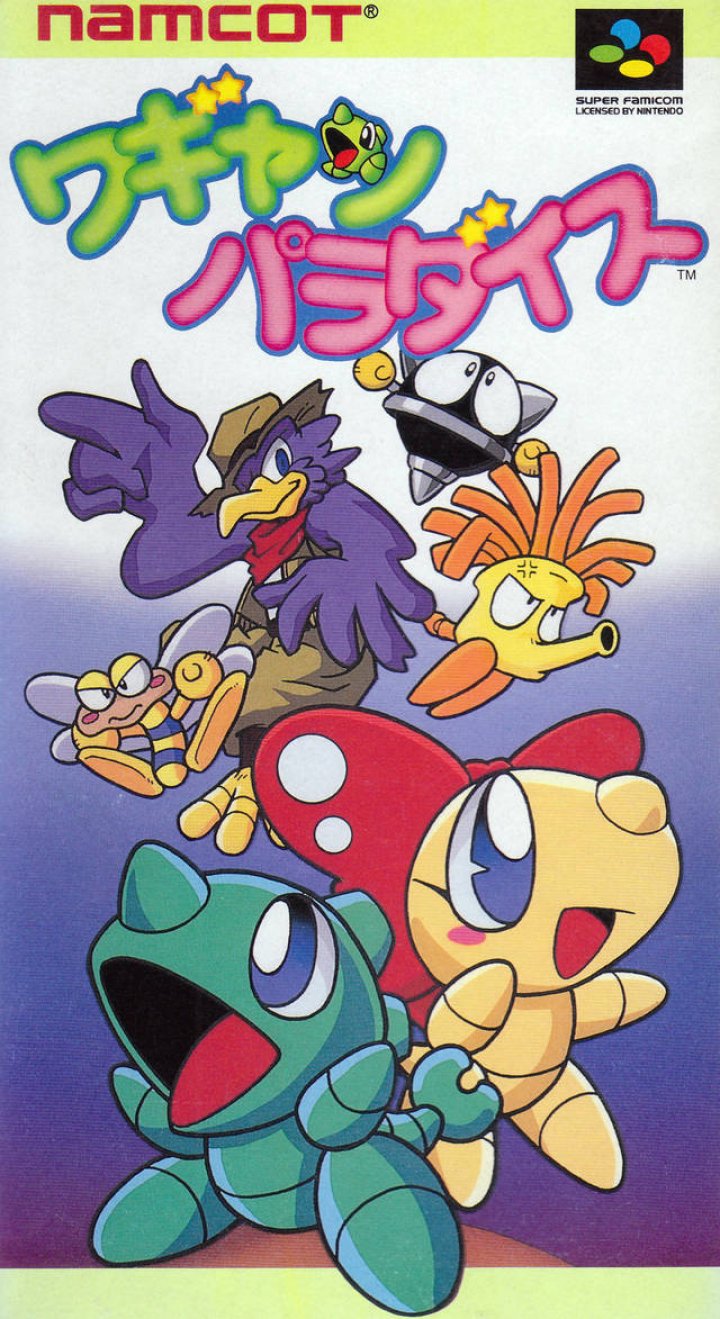 Wagyan Paradise is the third Wagyan Land game for the Super Famicom and the sixth game in the series overall. It features two new "Wagyan" dinosaur protagonists who alternate between stages: Takuto (a green male Wagyan) and Karin (a pink female Wagyan). Wagyan Paradise introduces a brand new array of post-level mini-games, a staple of the series, and adds more story cutscenes which help explain what's going on with the various incidents happening to Takuto's and Karin's island home. It also has a new art style. 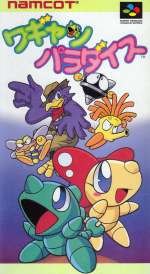 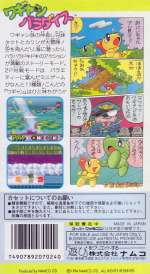 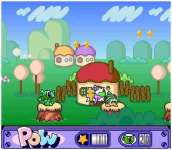 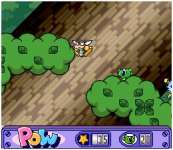