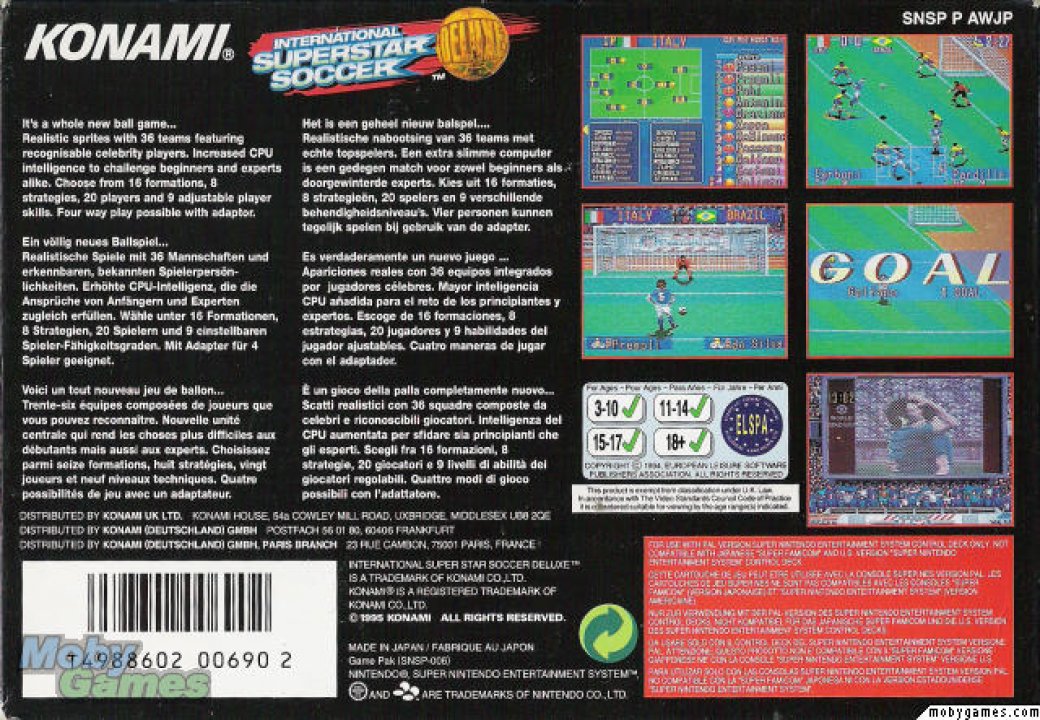 International Superstar Soccer Deluxe (known as Jikkyou World Soccer 2: Fighting Eleven in Japan) is a football video game and the sequel to International Superstar Soccer developed and published by Konami. The Deluxe version was published first to the SNES, then the Mega Drive (developed by Factor 5) and finally the PlayStation. The game features 16 different formations, and 8 strategies, and includes 36 national sides. However, all players have fictitious names, due to licensing restrictions. It's a whole new ball game... Reallistic prites with 36 teams featuring recognisable celebrity players. Increased CPU intelligence to challenge beginners and experts alike. Choose from 15 formations, 8 strategies, 20 players and 9 adjustable player skills. Four way play possible with adaptor. 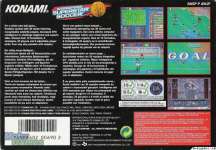 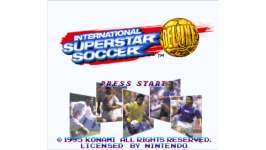 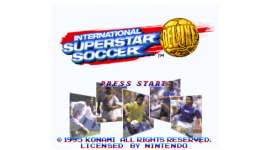 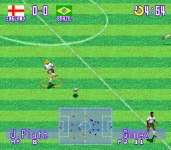