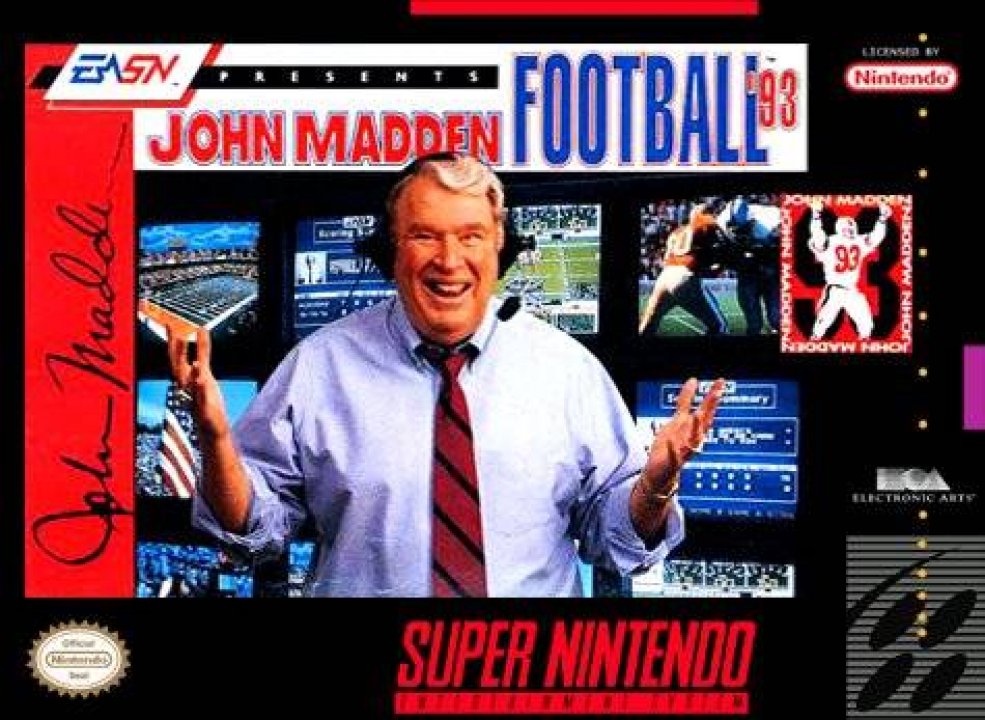 John Madden Football '93 is a 1992 sports video game developed by Blue Sky Productions and Electronic Arts and published by EA Sports Network. Based on the sport of American football, the game puts the player in control of a football team in modes such as tournament play and sudden death. It was officially endorsed by John Madden. Another update in the Madden football series. New this time are some graphics and animations, including an animated coin toss and some player moves. New gameplay features are no-huddle offense and a stop clock play. There are 28 teams from the '92-'93 season, two All Madden teams and 8 Greatest Ever teams. Game modes are the usual pre-season, regular season, sudden death and playoffs. A special playoff mode for the 8 greatest teams is also available. 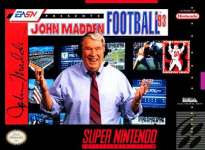