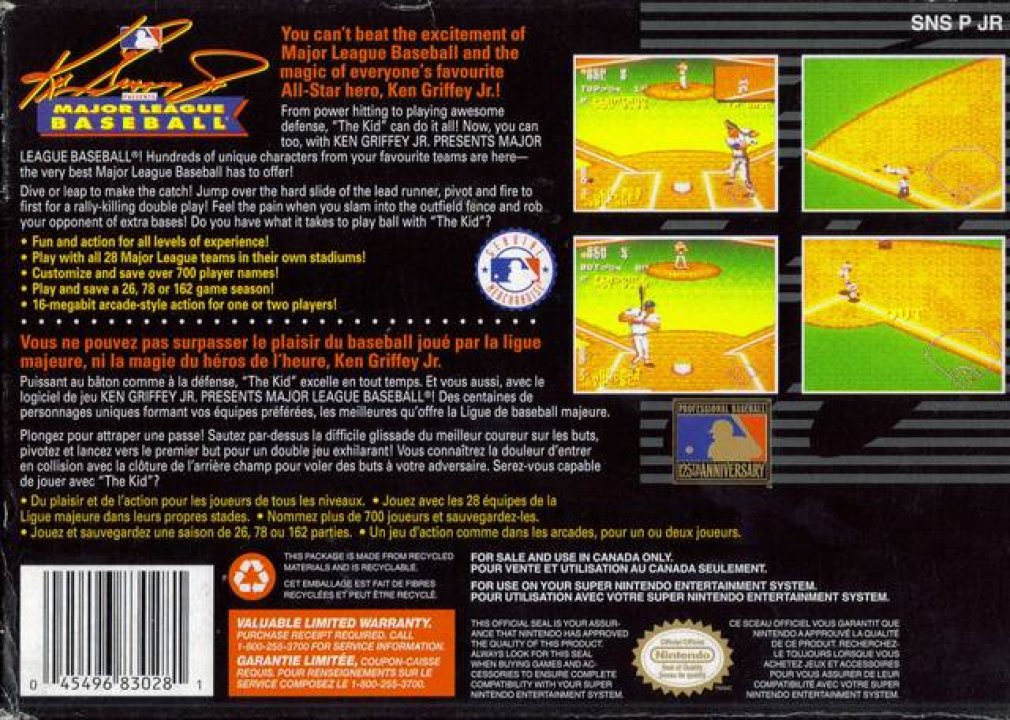 Ken Griffey Jr Presents Major League Baseball is a baseball simulation featuring Ken Griffey Jr. of the "Nintendo Owned" Seattle Mariners. This licensed game allows you to play with all 28 Major League Teams in their own stadiums and over 700 player names (not likenesses). You control your pitcher or batter as well your fielders. The game allows you to play and save a 26, 78 or 162 game season. The game has a Major League Baseball license but not a Major League Baseball Players Association license, meaning that the game has real stadiums and real teams, but not real players (except Ken Griffey Jr.). The fictitious players have the same statistics as their real-world counterparts, and the game comes with a name-changing feature that allows players to change the athletes' names. Nintendo released a portable version of the game in 1997 for the Game Boy with real players and stats from the 1996 season. The gameplay is similar to its predecessors, though it is sometimes sluggish due to hardware restrictions. The SNES version came with a promotional Griffey collector's card packed inside and was a major commercial success, with 1.2 million units sold. 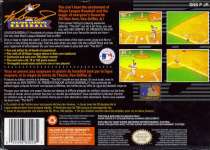 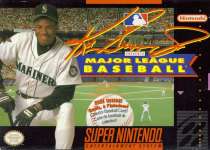