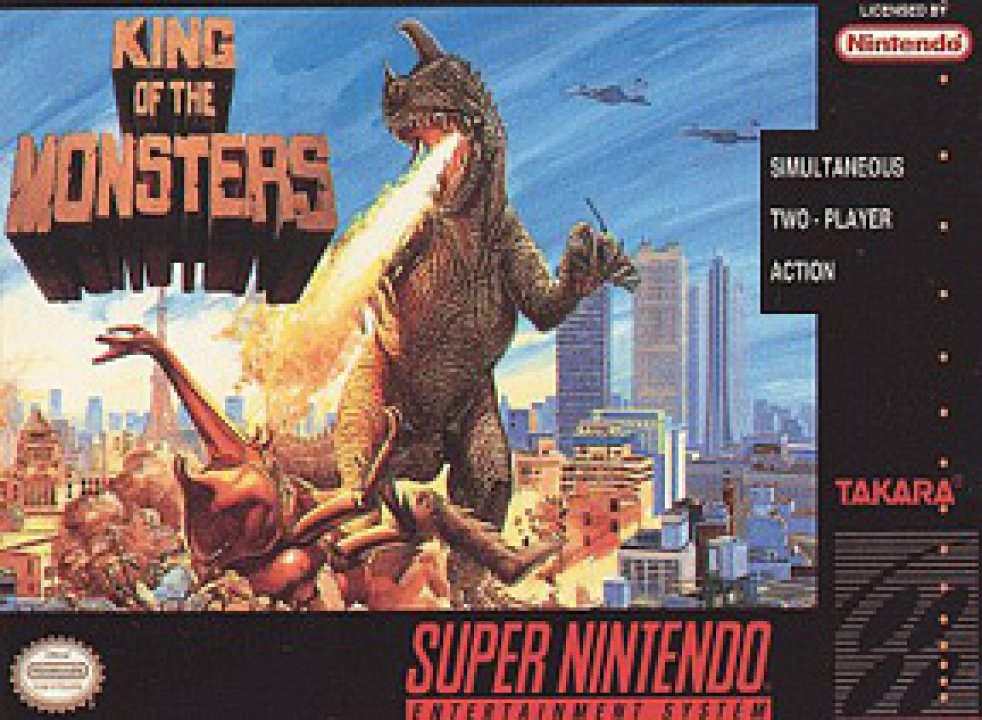 King of the Monsters

King of the Monsters is a two player (or one player vs. computer) fighting game, in which the players take control of two gargantuan monsters (like Godzillas) and battle it out in different city locations. The city gets gradually destroyed as the two creatures fight it out. The players can also interact with the scenery by picking up boats and such, to use as weapons against the other player. 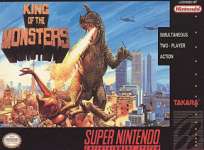 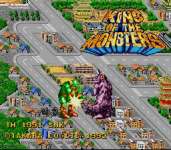 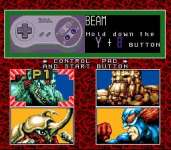