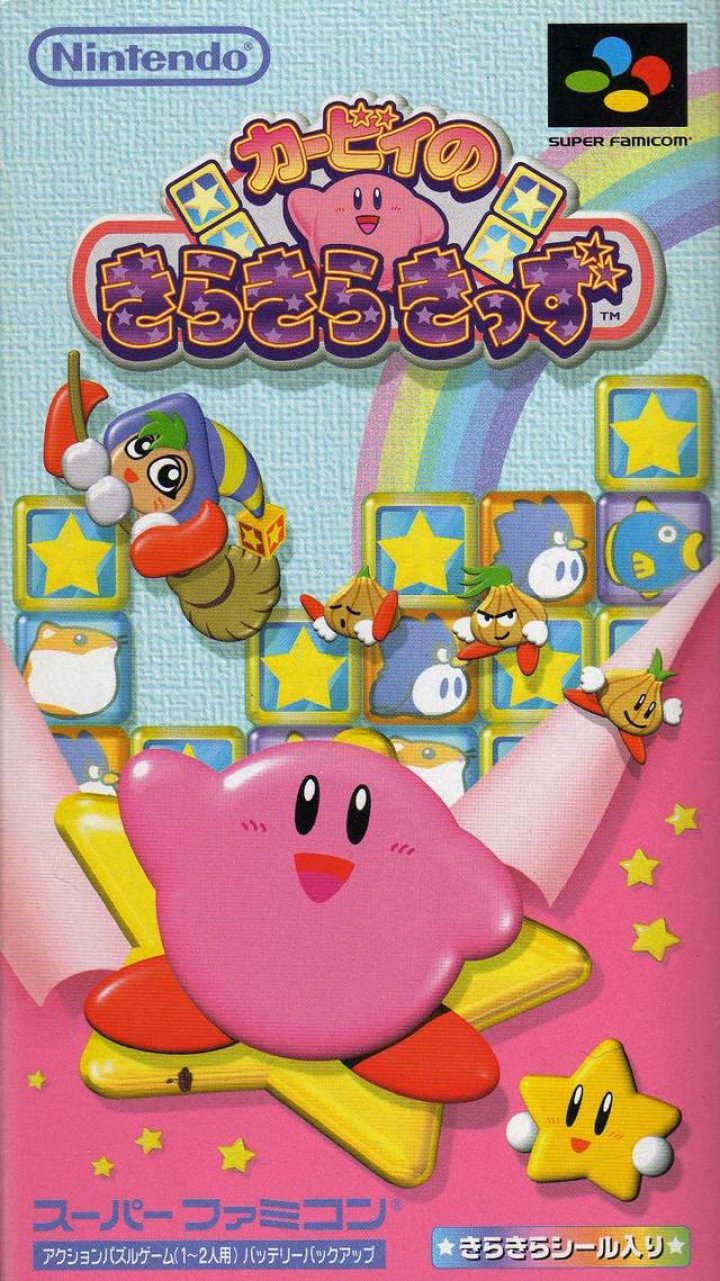 Kirby's Star Stacker is a 1997 kids puzzle video game developed by HAL Laboratory for the Game Boy. It received a remake for the Super Famicom in Japan in 1998. Kirby's Star Stacker is similar in many respects to other puzzle games that were around at the time of its release, most notably, Dr. Mario and Tetris. The goal of the game is to earn as many stars possible by matching pairs blocks, (also referred to as friends in-game) that fall from the top of the play area. There are three types of blocks, all based on Kirby's friends from Kirby's Dream Land 2: Rick the hamster, Coo the owl, and Kine the fish. Stars are scored by sandwiching the stars between two matching blocks. When stars are scored, they disappear from the play area along with the pair of blocks enclosing them. The game is lost when the falling blocks reach the top of the play area, so it is critical to eliminate as many blocks as possible by scoring stars. One of the primary enhancements of the SNES remake is story mode, in which Kirby faces several opponents from other Kirby games (mostly from Kirby Super Star). The game's title is exactly the same as the Japanese title of the Game Boy version of Kirby's Star Stacker. There were plans to release the game overseas, but they were halted after Nintendo of America stopped shipping SNES games in 1997, leaving the game Japan-exclusive. 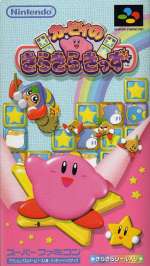