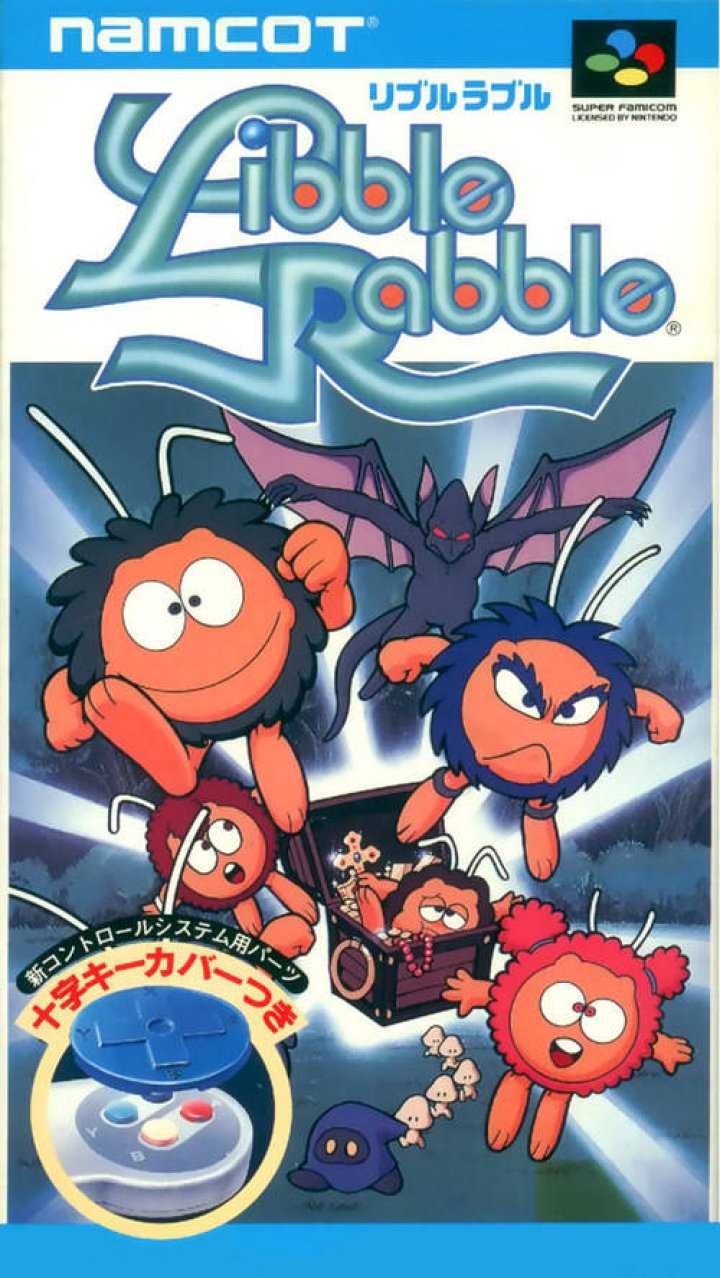 Libble Rabble (リブルラブル Riburu Raburu) is an arcade game that was released by Namco in October 1983. It was designed by Toru Iwatani, who had also designed the Gee Bee series, Pac-Man, and Pole Position. It is a curious but challenging game, where the player tries to harvest little mushrooms (Mushlins) while avoiding various enemies, and was the first game from Namco to use a Motorola 68000 processor (which ran at 6.144 MHz). At first glance, the gameplay resembles Taito's Qix. The player controls two "arrows", one red (Libble) and one blue (Rabble) with a line strung between them. The object is to wrap the line around poles and surround Mushlins and enemies with it. The player can either close the loops themselves (worth more points for the Mushlins) or move both arrows to the same edge of the screen. The player clears a "season" when he or she harvests all the Mushlins. Along the way, various enemies will appear and try to stop the player. The most common are four little hooded critters (Hobblins), which start each season in the corners. If the player catches them in a loop, they will be sent to the top of the screen for a short period of time. Other critters such as fireballs (Killers), sparks (Changers), and Demons will also appear. These can be killed by closing a loop around them. Sometimes, scissors-like enemies (Shears) appear, and if they cross the player's line, they cut it. If the player's line is ever cut by Shears or Demons, a new one is instantly made: directly between the two arrows. Every so often when the player closes a line, a detector goes off indicating that the area he or she has closed off has a treasure chest somewhere. To actually uncover the chest, the player must surround a small enough area which covers just the chest, and no other possible hiding places. The game guides the player along that step, first by challenging him or her to uncover a chest at the start of the game (and then by revealing the locations of the chests for the first two seasons). When the player actually uncovers a chest, six bonus creatures (Topcups) will pop out, then make for the edges. The player must corral them with his or her line and then close the loop to score the bonus for them: they mean bonus letters. If the player manages to complete a bonus word, the season is automatically cleared out and the player moves to a bonus stage where he or she must try to uncover and collect chests (to collect a chest, the player needs to close a loop around an opened chest) within a time limit. The player loses a life if any of the assorted critters touch one of the arrows or if he or she runs out of time (the border is the player's timer, and he or she can boost the time by looping Mushlins and plants), and the player gains an extra life at 40,000, 120,000, 200,000, 400,000, 600,000 and 1,000,000 points by default. After the 100th season, the season counter will stop at 99, similar to how Galaxian and King & Balloon's round indicators would stop after 48 rounds. 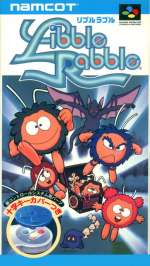