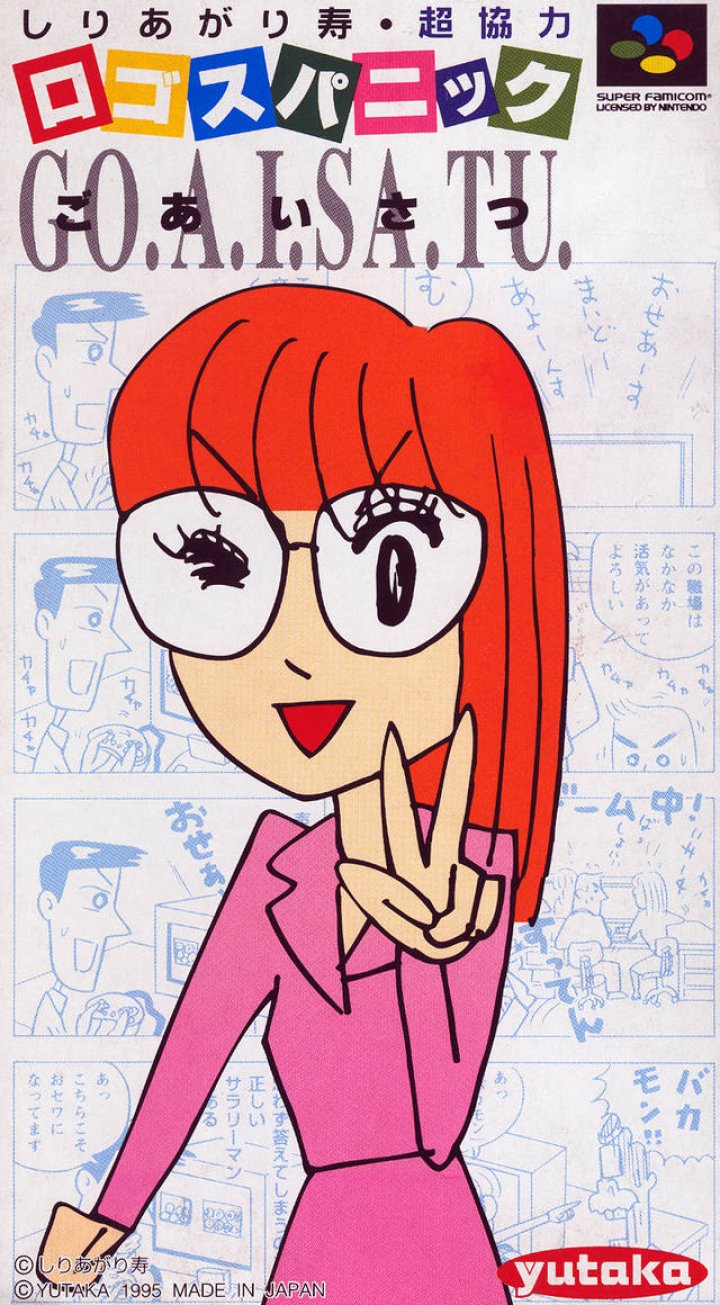 Logos Panic GO.A.I.SA.TU. (ロゴスパニックごあいさつ?) is a Japan-exclusive puzzle video game released for the Super Famicom. It was developed by Kan's and published by Yutaka in 1995. The characters were designed by Kotobuki Shiriagari. The game starts with an animated/cinematic intro sequence.[5] A Japanese man and woman portrayed in the distinct business man/woman ("Kaisha-in 事務員") satire comedy Kotobuki Shiriagari "Heta-Uma へたうま" style, turn up at work but they can't understand the greetings their co-workers are saying. Suddenly a silver-haired devil turns up mumbling something. The man and woman say: "He just said しつれいします, didn't he?", prompting the start screen to launch. Logos Panic pits players to scramble Japanese Kanji in a sort of Tetris puzzle style scenario; kanji must be correctly put together in time, simultaneously as new kanji pop out at the bottom of the screen. The game ends when the player can't assemble appropriate sentences in time. At the beginning there are only eight selectable characters but as the game progresses, another three will eventually appear. It uses a password system to allow players to pick up and play at their leisure. Logos Panic is about garbled versions of greeting words. Goaisatu "ごあいさつ" or greetings are the words used in the game being 'garbled' and pretty random, not just greetings. They are puzzled over the greetings "aisatsu します". The two players have to create words that appear in red, yellow and blue at the sides of the screen, aspects to consider are players and the blue line to pay attention to, in order to correctly put the katakanas in their correct grammatical place.