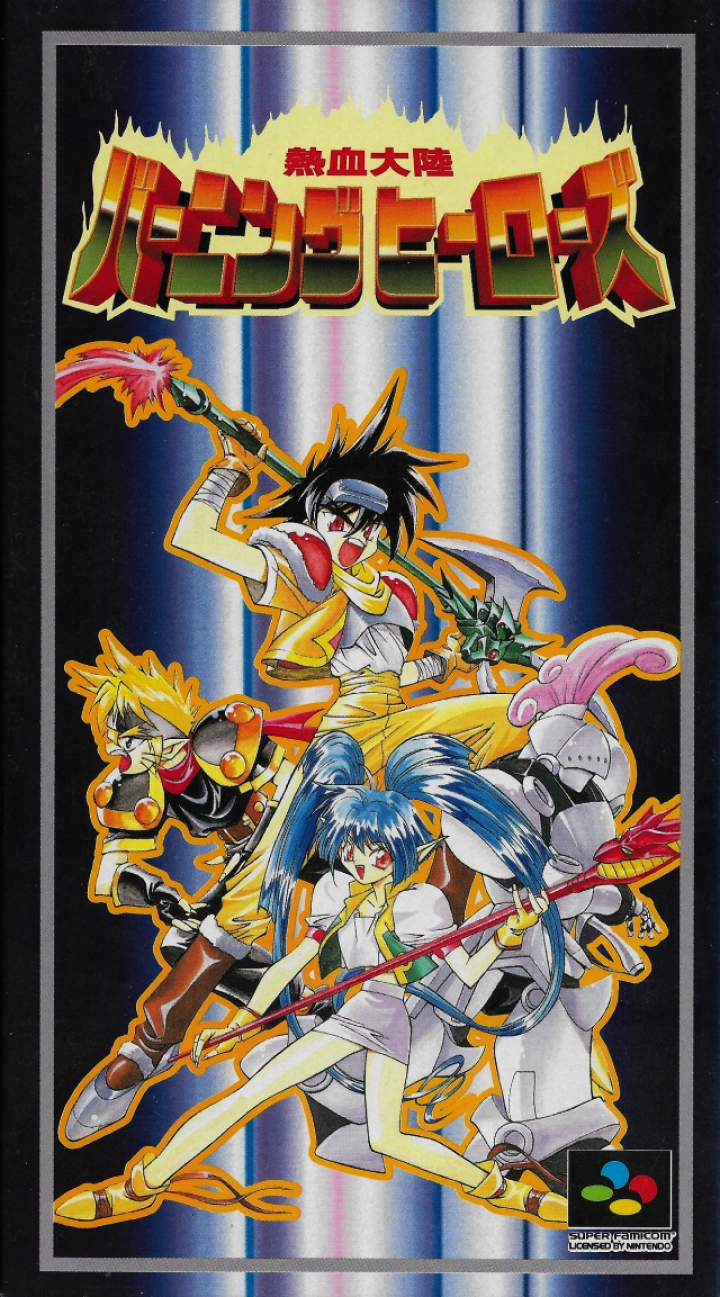 Nekketsu Tairiku: Burning Heroes is a role-playing game, developed by J-Force and published by Enix Corporation, which was released in Japan in 1995. The young fighter Ryu was thrown out of his father's home, and this childhood trauma has been dominating his life ever since. His only wish is to surpass his father and to show him he has become a better fighter than him. Laila is a cheerful treasure hunter. She dreams only of valuable things, adventure, travels, and life in the capital city. Gaou is experiencing a personal tragedy: he wants to discover the mystery of the disappearance of a woman he loved, Asuka, aided by his best friend Froz. Naaga is a girl who wears a heavy armor, which - as she thinks - will prevent her from losing any battle. At present, she has problems since she owes a million gold pieces to her guild. What do those heroes have in common? As their ways cross, they will find out they are in fact pursuing one and the same goal... 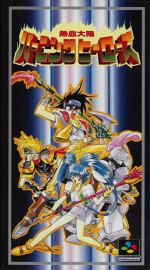